Preparation is vital before you use a quotation 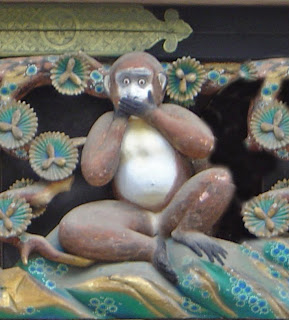 The right quotation can wow your speech audience with borrowed brilliance. The wrong one can make you feel like a monkey, and wish you hadn’t used it.

“The will to win is important. But the will to prepare is vital.”

I got a different message about preparation than she intended. Since November 9th, when he got fired over a child abuse scandal before he could retire, the coach had gone from famous to infamous.  But, Bronywn is down in the Brisbane, Australia area and obviously hadn’t yet gotten the news. (She was horrified when I commented on her post). Even a quick look on Wikipedia before she used the quote again would have shown her that things had changed drastically.

She isn’t the only one to have used that quote recently. Scott MacDonald in Calgary, Alberta tweeted it on December 19th. Also, District 86 Toastmasters printed it on page 5 of the program for their Fall 2011 meeting held  in London, Ontario on November 25 - 27, 2011. (They may have printed their program before the scandal was news).

Loyola University Chicago had placed the quote on the wall of their new Norville Center for Intercollegiate Athletics, which only opened on March 3, 2011. By mid-December they had covered it up with a poster while deciding how to permanently remove it.

The  speak-no-evil image borrowed from that of the famous three monkeys came from Wikimedia Commons.
Posted by Richard I. Garber at 11:05 AM

Absolutely u got this one down right man.. Keeped me entertained for ages.