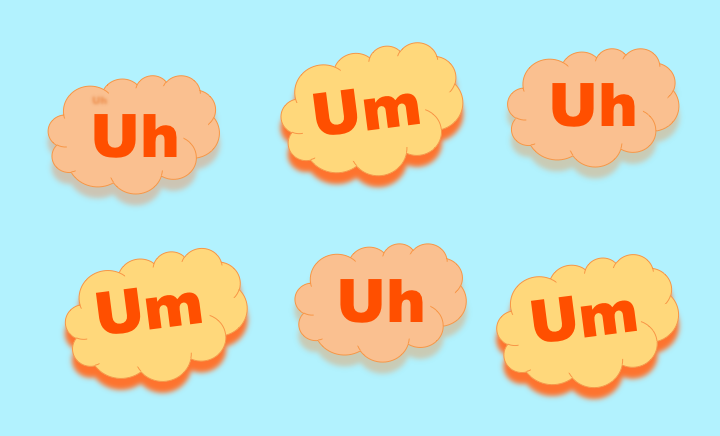 Some people who coach or teach public speaking believe that filler words (filled pauses) like um are absolutely useless, and should be completely eliminated. For example, on February 6th Marta Steele blogged about How to Eliminate Nasty Non-Words from Your Public Speaking and claimed:

“Non-words, or sometimes called filler words, are words we unconsciously throw into our verbal communication that have no purpose. They add nothing to our message. They sneak into even the most polished presenter’s speak and wreak havoc.

....Although when used sparingly, there’s no issue."

Similarly, on page 64 of his 2013 book Magic of Public Speaking, Andrii Sedniev advised:

“Avoid filler words such as ‘um,’ ‘ah,’ ‘basically,’ ‘you know,’ etc. These words just irritate the audience and don’t add any value.” 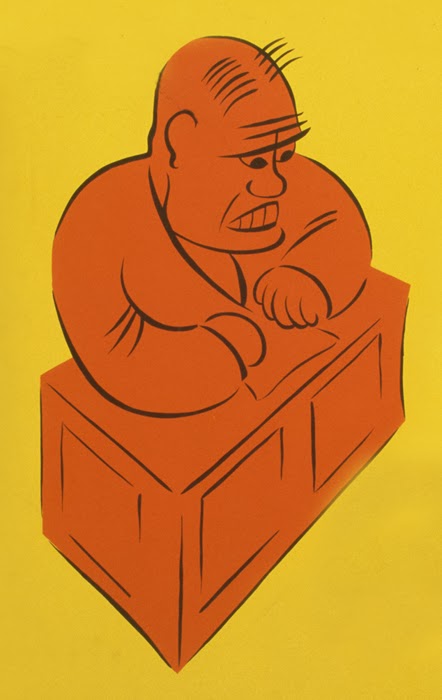 Club meetings of Toastmasters International have an Ah Counter to keep track of those crutch words, a role particularly suited to fussbudgets.

But, there is some evidence that disfluencies like filler words are not useless. Professor Duane G. Watson discussed this back in October 2012 in a brief article on the American Psychological Association web site titled More than words: Disfluencies, emphasis and gesture aid in communication. He said:

“Although future work is needed to understand the exact mechanisms at work, at this point, the data are clear: disfluencies improve later remembering. Thus, public speakers, policy makers and teachers might be better off producing more natural speech that includes the occasional disfluency, than giving perfectly scripted, error-free presentations.”

You can find the relevant research in a magazine article by Scott H. Fraundorf and Duane G. Watson titled The Disfluent Discourse: Effect of filled pauses on recall that appeared in the August 2011 issue of the Journal of Memory and Language. The full text is at PubMed Central. 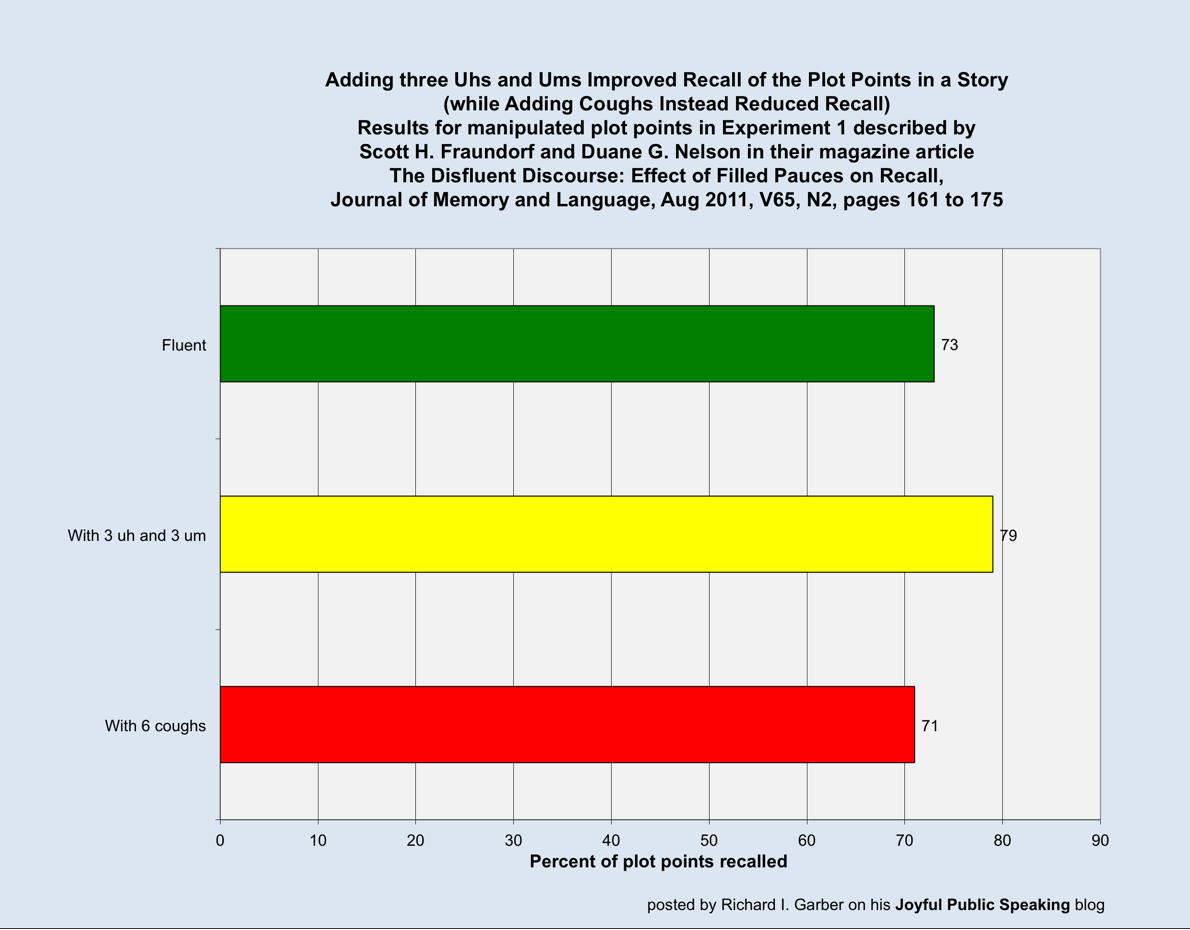 In their first experiment Fraundorf and Watson had people listen to a woman tell three versions of 300-word recorded stories from Alice in Wonderland, and then try to recall plot points in them. One version was told fluently, a second was edited by adding six filler words (3 uh and 3 um), and a third was edited by adding six coughs. Results are shown above in a bar chart. (Click on it to see a larger, clearer version). Adding coughs decreased recall from 73% to 71%, but adding uhs and ums improved it to 79%. (I have shown the larger effect they found in their Figure 1, for manipulated plot points). Their experiment isn’t quite the same as a speech, but did isolate the effect of filler words.

In a post on January 29, 2014 in his Mr. Media Training blog Brad Phillips asked Do a Few “Umms” Actually Make You More Memorable? He linked to a news article about that same research.

Back in September 2011 I blogged about filled pauses in a post titled Should listening to a speech be more like eating a hot dog, or driving down a road.I ended by suggesting that a rate of two filler words per minute should be acceptable. According to Fraundorf and Watson it also would be helpful.

The Ah Counter image was adapted from this old poster.
Posted by Richard I. Garber at 2:02 PM