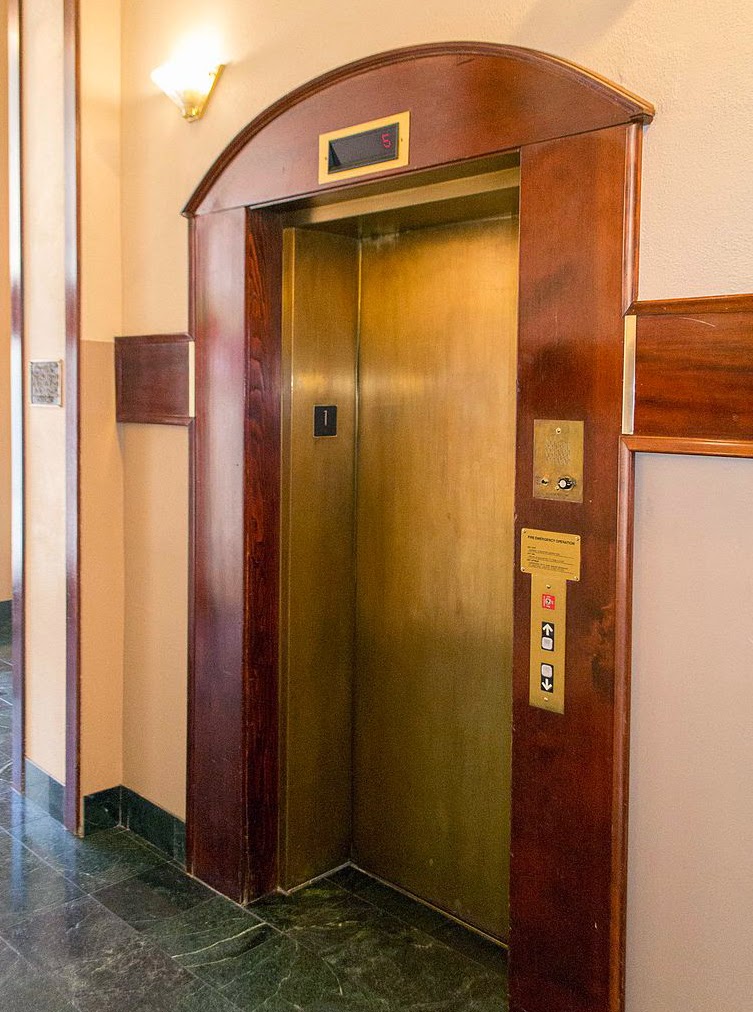 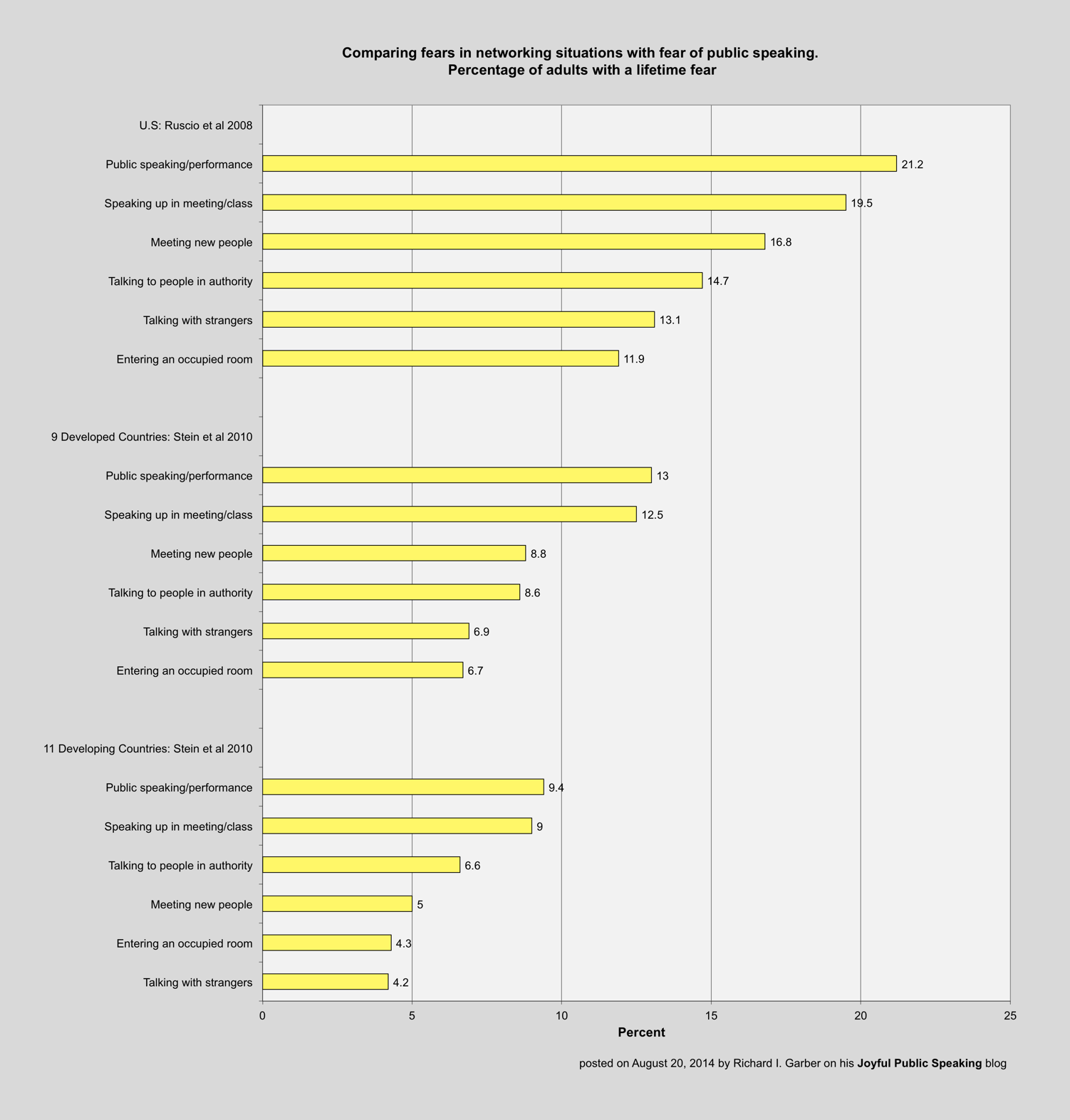 A bar chart shown above lists the fears ranked from most common to least common. (Click on it to see a larger, clearer version). For both (US adults) and [adults in 9 developed countries] they come in the same order:

For developing countries the order is slightly different. Both articles also list phobias.

Giving an elevator speech is one kind of speaking up in a meeting. It is the second most common fear, after public speaking/performance. Yet, it is something that is expected when you attend networking events. Thus it calls for lots of your attention.

Starting in late April on his No Sweat Public Speaking web site Fred E. Miller discussed how to craft an elevator speech. He divided the process into seven floors:

First Floor: Describe who you are.

Second Floor: Describe what you do.

Fourth Floor: Describe why they hire you.

Fifth Floor: Your WHY (the DNA of your elevator speech).

Sixth Floor: More WHY they hire you.

Seventh Floor: What you deliver (Your Ultimate Selling Proposition)

Fred also mentioned an eighth floor, which is where you ask a person you are talking to one-on-one about what they do.

This post was inspired by a comment in a lengthy discussion on the LinkedIn Public Speaking Network group on the topic of “Is ‘The Fear of Public Speaking’  a misnomer?”  Susan RoAne had commented that our greatest fear was not public speaking, but rather was walking into a roomful of strangers. I think she got that from a three-decade old New York Times article that I have blogged about. Last November I had blogged about fears in networking situations, and even emailed her about that post.

The image of an elevator door in Vancouver, Washington came from Wikimedia Commons.