There’s really no mystery about how common stage fright is 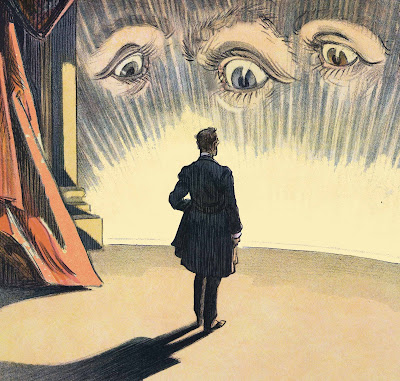 In mid-June Sara Solovitch’s book Playing Scared: A History and Memoir of Stage Fright came out. She described her journey to overcome performance anxiety about playing the piano. Sara also wrote about it an an article on Overcoming a Lifetime of Stage Fright that appeared in the New York Times on May 30th. She wrote another article in the July issue of Prospect magazine on Anatomy of Stage Fright. An excerpt from her book also has appeared at Salon.com on June 21st.

The book was reviewed in The Guardian by Scott Stossel on July 6th. It also was reviewed by Joan Acocella in the New Yorker on August 3rd. Her review claimed that:

“A final mystery of stagefright is just how many otherwise capable people suffer from it.”

Actually there is no mystery. The answer for lifetime fear is 21.2% of U.S. adults. That’s based on results from the National Comorbidity Survey - Replication (NCS-R) reported in a 2008  magazine article by by A. M. Ruscio et al. titled Social Fears and Social Phobia in the United States: Results from the National Comorbidity Survey Replication. You can read the full text here. In Table 1 it lists the lifetime prevalence of social fears and phobias, with Public speaking/performance at 21.2% for fear and 10.7% for phobia. I blogged about that article in a November 2013 post titled How scary is public speaking or performance? A better infographic showing both fears and phobias.

What did they mean by the phrase public speaking/performance? What was the exact question? After lots of digging, you eventually can find it listed at a web site called Collaborative Psychiatric Epidemiology Surveys. It is question SO1e, and is precisely about stage fright:

“...was there ever a time in your life when you felt shy, afraid, or uncomfortable in the following situations?)

Acting, performing, or giving a talk in front of an audience?”

I suspect that the other surveys mentioned in my blog post asked the same question about stage fright rather than just fear of speaking.

The image was adapted from All eyes are on you, Mr. President, found at the Library of Congress. It originally was from Puck magazine way back on March 5, 1913.