Is 540 million minutes per day a large number or a small number? 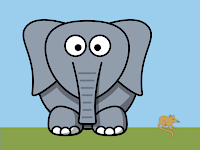 Every day Americans reportedly waste 540 million minutes looking for lost or misplaced items. That sounds like it’s a large number, but what’s in it for me? What is my share of it?

According to the 2010 Census the U.S. population was 308,745,538 people. When we divide 540 million by that, the result is just 1.75 minutes per day per person. I probably spend more than two minutes a day washing my hands, or waiting at traffic lights, so it’s really a relatively small number. (Last August I blogged on How to make a large number incomprehensible - or comprehensible).

That apparently large number turned up on September 3rd in a post by Jeff Davidson in his Interruption Management blog titled Taking on Too Much Leads to Waste. (He stated it as nine million hours per day). It’s a silly factoid that goes back at least to 2000, where it was stated beginning with another alleged detail as:

“According to the American Demographic Society, Americans waste more than nine million hours each day looking for lost and misplaced articles.”

I checked the current Encyclopedia of Associations in the database collection at the Boise Public Library, and couldn’t find that organization. Also, I couldn’t find them in magazine or newspaper databases, or online on Google.

That’s 960 minutes per year, or just 2.63 minutes per day. Again, its not really a huge fraction of the day. But keys are one type of lost or misplaced item. So, why would I be spending more time looking just for them than for everything I’ve lost or misplaced? Those two factoids contradict each other.

There’s another factoid from an August 4, 1992 Wall Street Journal article  that originally said:

“Executives waste nearly six weeks a year looking for misplaced items, according to a poll of 200 large-company execs for Accountemps, a temporary-help firm.”

On page 67 in the second edition (2004) of her book Organizing from the Inside Out, Julie Morgenstern reworded it as:

“The Wall Street Journal reported that the average U.S. executive wastes six weeks per year searching for missing information in messy desks. (That translates to just one hour per day!)”

Similar claims continue to appear on web pages about organizing like this one and this one.

It sure is a lot bigger than the 1.75 or 2.63 minutes I previously discussed. I don’t believe for a minute that any organization really would keep an executive that wasted that much time though.

If you want your audience to understand statistics, then please use consistent units they can understand - such as minutes per day (per person). Check to see if those numbers make good sense.