Today is National Speak Up and Succeed Day 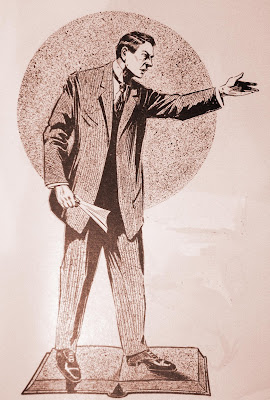 I looked in the EBSCO Host databases at my friendly local public library and found that day also was briefly mentioned in an article back in the January 2003 issue of Middle Grades magazine titled 56 Skill-Building Activities You Can Use Right Now! which listed:

CHARACTER EDUCATION The fourth Tuesday of every January celebrates the importance of being able to speak publicly. Encourage students to stand up and speak out about something they care about. Invite professional speakers or local community leaders to give a short talk on how important public speaking is in their careers.”

It also was mentioned in a press release for a book at PRweb on January 27, 2004.

The image was modified from a 1909 illustration of Debate and Oratory at Wikimedia Commons.