Did Mark Twain really say there were just nervous speakers or liars? 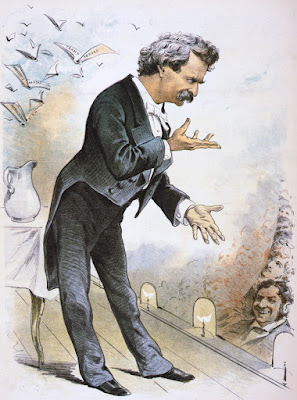 Probably not. At Manner of Speaking on December 7, 2009 John Zimmer began a long series of articles about quotes with one titled Quotes for public speakers (No. 1) – Mark Twain where he gave it as:

“There are two types of speakers: those that are nervous and those that are liars.”
A couple months ago, on March 5, 2020, there was an article by Garson O’Toole at his Quote Investigator web site titled There are two types of speakers: those who are nervous and those who are liars. Mr. O’Toole authored a 2017 book: Hemingway Didn’t Say That - the truth behind familiar quotations. He said the ‘those’ quote attributed to Mark Twain first turned up back in 1998 at a Usenet newsgroup called alt business.seminars. Twain died back in 1910 (88 years earlier), and Garson couldn’t find any older version in writings, dictations, or speeches of Mark Twain. He concluded the quote was anonymous.

I did my own research – via my public library using the EBSCOhost databases, and on the web using Google (and particularly Google Books). At EBSCO there were full text versions of some books about Twain, but the quote was not in them. The earliest magazine article was by Carolyn J. Gard  in the September 1999 issue of Current Health, and had a similar version to that reported by John Zimmer:

Using Google Books I found an even earlier snippet reference from 1984 in Supervision magazine, Volumes 46 and 47, page 25:

“There are two kinds of public speakers,” according to Mark Twain, “- those who are nervous when they start and liars.”

If a quote really had come from Twain, then why didn’t it appear before roughly three-quarters of a century after his death? A more recent version adds the numbers one and two (and the world). For example, at Ragan on March 8, 2013 in an article titled The smartest insights ever about public speaking Michelle Mazur instead had:

“There are only two types of speakers in the world. 1. The Nervous and 2. Liars – Mark Twain”

Toastmasters International also had the numbered and world version in a press release on October 21, 2015 ironically titled Five public speaking myths debunked (and still on their web site):


Reality: Mark Twain said there are two types of speakers in the world: 1) the nervous and 2) liars.”

Since Toastmasters is considered an authoritative source, their version was repeated in an article by Jessica Stillman at Inc. on November 3, 2015 titled 5 myths that only bad public speakers believe. 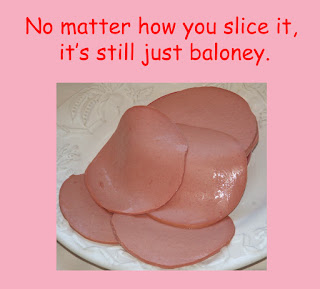 Andy Molinsky also used it at Psychology Today on November 26, 2018 in another article titled Conquer your fear of public speaking with these 5 tips. He had a version over at LinkedIn Pulse with the quote in a box next to a portrait of Twain. A similar image with a fancy border is at AZ Quotes. But it’s still just baloney. 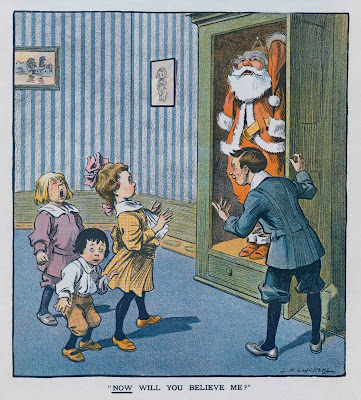 Finding this quote is bogus might be more distressing for some than finding out the truth about Santa Claus. What is the lesson? Don’t believe everything you read! Be more critical and ask questions. What are the other details, like where and when was it said?

The image of Bologna is from Wikimedia Commons. The 1885 print of Mark Twain and 1913 Puck magazine cover came from the Library of Congress.