Back in October 2009 I blogged about a survey of 3021 young people (ages 14 to 24) in Munich, Germany that was reported back in 1999. That sample was followed-up for another decade.

Results were reported in a paper by Knappe et al. published last month in the Journal of Psychiatric Research (Volume 45, No. 1, pages 111 - 120). The paper was titled: "Social fears and social phobia types among community youth: differential clinical features and vulnerability factors." You can find the abstract here. 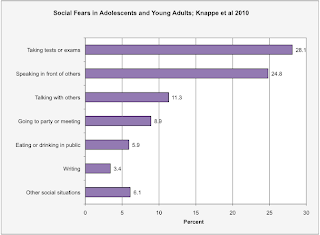 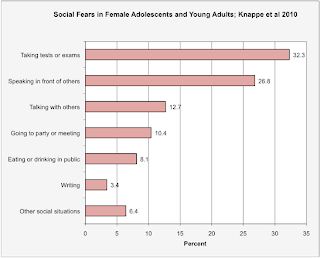 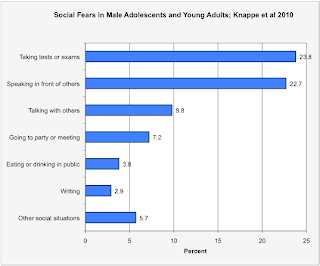 They also reported the frequencies of social fears for both genders. Females had higher percentages for all fears than males. They analyzed the survey data in many other ways. 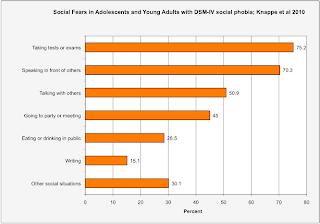 They also reported the frequencies of social fears for the subgroup of 209 people with a diagnosis of DSM-IV social phobia. This subgroup reported much higher frequencies of fears than the total sample.

In a follow-up post I will discuss another interesting result that they found.
Posted by Richard I. Garber at 2:47 PM