A cartoon about American’s greatest fear 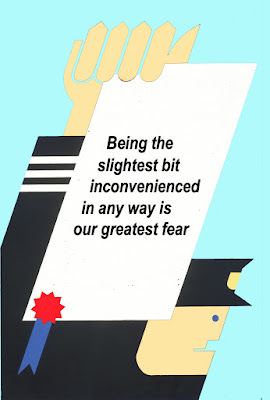 Today’s F Minus cartoon by Tony Carrillo claims that it once again what topped the list was:
“being the slightest bit inconvenienced in any way.”

My version was adapted from a 1937 WPA poster at the Library of Congress.