Spouting Nonsense - Nobody ever died from public speaking 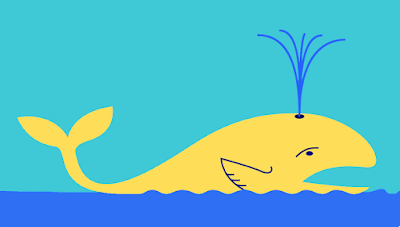 One of the sillier statements you may find is in a June 1, 2012 article from Dale Carnegie by Kristina Schneider titled Fear Not, Master Public Speaking with Confidence which claimed:

“....Nobody ever died from public speaking.”

“Read a few of the death notices and you’ll find that people die from a variety of causes. I’ve yet to see where anyone died from giving a presentation!”

“The authors of this book have over 90 years of combined teaching experience. We have heard thousands of classroom speeches. So far, not one student has died while speaking. Nor have we ever heard of one who did.”

On January 12, 2009 in an article at Ezine Articles titled Fear of Public Speaking - Is It Justified? Nancy Daniels said:

“To my knowledge, no one has died from public speaking.”

On April 15, 2017 in his Mindful Presenter blog Maurice DeCastro posted on Public Speaking Skills - 20 Tips to help you to manage your nerves more broadly claimed:

Perhaps their knowledge is like a short rubber band, and it does not stretch very far.

Has anyone died from worrying about public speaking? Probably! In a magazine article titled Communication Apprehension: What Have We Learned in the Last Four Decades Professor James C. McCroskey told an anecdote about suicides by students at Pennsylvania State University back when he was teaching there. 14 were recorded, and all but one currently were enrolled in the required public speaking classes. Back on October 18, 2009 I blogged about that in a post titled Some college students really do fear public speaking more than death.

Recently I was told instead that only three people had died from public speaking.   A Google search led me on Google Books to the 2011 book Network Marketing for Dummies by Zig Ziglar and John P. Hayes which indeed had said:

“As far as I have been able to discover, only three people have lost their lives in the process of public speaking. They are Arthur MacArthur, the father of General Douglas MacArthur, who died of a heart attack while on the dais addressing a reunion of his Civil War unit; Alben W, Barkley, former vice president of the United States, who died suddenly while making a speech; and a woman who was running for Justice of the Peace in a small New York town. Some estimates tell us that roughly 15 billion people have occupied the earth since Adam and Eve. That means the odds are five billion to one that you will survive your talk.”

Writer and orator Jose Carlos de Patrocinio (October 8, 1854 to January 29, 1905) died during a speech in honor of the aviator Alberto Santos-Dumont at the Teatro Lincio on Rio de Janeirio due to hemoptysis.

Adelaide Hunter Hoodless was an educational reformer (February 27, 1857 to February 26, 1910). According to Wikipedia:

“Adelaide travelled by train to Toronto to speak at St. Margaret’s College on ‘Women and Industrial Life’. Ten minutes after she began speaking, her voice faltered. She was given some water. She took a sip, said 4 more words and collapsed on the floor. Adelaide Hunter Hoodless's death was registered as the result of a cerebral hemorrhage.”

“Erhel died while she was giving a speech at a meeting in support of Emmanuel Macron for the 2017 French presidential election.”

“...he devoted himself to his many interests and hobbies, and was very active in the Lutheran Church. He dropped dead of a heart attack during a speech to his parish on March 26, 1962.”

“Vijayan suffered a massive heart attack and died during a recorded speech at Thrissur Press Club.”

“He was addressing staff, casts and crews in the foyer of the Theatre Royal in Wexford on Sunday night and was introducing incoming artistic director David Agler, when he collapsed suddenly. He died shortly afterwards.”

“Asanuma was assassinated by 17-year-old, Otoya Yamaguchia, militant nationalist, during a televised political debate for the coming elections for the House of Representatives.   While Asanuma spoke from the lectern at Tokyo's Hibiya Hall, Yamaguchi rushed onstage and ran his yoroi-doshi  (a traditional samurai sword) through Asanuma's ribs on the left side, killing him.”

“It was during a public speech in favour of the Republic in 1932 that she collapsed with heart failure. Her dying words are reported to have been: ‘I die happily because I’m dying in the midst of a triumphant Republic. Long live the Republic! Gentlemen: shout with me, Viva la Republica!’ ”

“Özaltay died of a heart attack while giving a speech at Altay Sport Club’s general congress in 1965.”

Ruth Rendell was the author of numerous murder mystery novels. In a 2013 Penguin article about an incident in the early 1950s she said:

“I had resigned from a job as a journalist on the Chigwell Times after I wrote a report of a local tennis club’s dinner without going along, thus missing the fact that the after-dinner speaker died in the middle of his speech!”


William Friese-Greene, photographer and inventor (September 7, 1855 to May 5, 1921) got up to speak at a meeting of the cinema industry in London but soon became incoherent. He was helped to return to his seat, but shortly afterward slumped forward and died.


Sir Montague Maurice Burton, founder of a clothes shop chain (August 15, 1885 to September 21, 1952) died while speaking after a dinner in Leeds.


Raymond Arthur Pobgee, mayor of Peterborough from 2000 to 2002 (? to April 7, 2005)
reportedly collapsed and died from a heart attack during a Peterborough city council meeting regarding a financial mistake in the city’s plans for secondary schools. His last words were:

”It has been a long sad story.”

“following a cardiac arrest while lecturing at the Socialist Days conference of the Center for Socialist Studies  (CSS) in Cairo, Egypt.”

In his 2004 book Staying Up, Up, Up in a Down, Down World, Zig Ziglar identified that woman who was running for Justice of the Peace in a small New York town as Barbara Helleen, who reportedly suffered a heart attack while speaking to the Women’s Club of Rosendale, New York.

“He died after collapsing during a speech at MIT's 1882 commencement exercises. His last words were ‘bituminous coal.‘ “


Aaron Macy Powell was a Quaker social reformer active in the Anti-Slavery Society (1832 to May 13, 1899) who died in Philadelphia at the Race Street Meetinghouse as described in the Personal Reminiscences of the Anti-slavery and Other Reforms and Reformers on page 211 ( at Google Books):

“Near the close of the meeting, during which there had been much expression of unity with the presence by courtesy, of Friends from the far West and England, he rose and said: ‘It has been very gratifying to me to observe in the portion of the morning session which I was privileged to attend, and again this afternoon, the tendency to a spirit of unification among Friends. We each have to live a life’ - He ceased speaking, and was observed to be falling forward. A friend facing him and near him, instantly supported him; and hands as kind as brothers’ hands could be, laid him upon the seat from which he had risen, and used every means for his restoration. A physician present in the meeting, pronounced further efforts unavailing, - the spirit had departed.”

“Aycock died of a heart attack while making a speech to the Alabama Education Association in Birmingham on April 4, 1912. The subject of Aycock's speech was 'Universal Education'. After he had talked for a few minutes, Aycock spoke the words: 'I have always talked about education -.' Here he stopped, threw up his hands, reeled backward, and fell dead.”

“On September 5, 1912, he went to Milwaukee, to address a reunion of his Civil War unit. While on the dais, he suffered a heart attack and died there.”

“In 1913, after an incredibly active political and business life in New York, Woodruff died suddenly after suffering a stroke while delivering a speech.”


A. R. Ponder, businessman (? to September 9, 1931). Ponder had resided in San Antonio, TX for the past 20 years. He collapsed and died while giving a speech at the opening of a new bank in Asherton, Texas.


Edward Everett Eslick, U.S. representative from Tennessee (April 19, 1872 to JUne 14, 1932) died at the Capitol while addressing the House of Representatives regarding a World War I bonus bill.

“In an April 30, 1956, keynote address at the Washington and Lee Mock Convention, Barkley spoke of his willingness to sit with the other freshman senators in Congress, he ended with an allusion to Psalm 84:10, saying ‘I'm glad to sit on the back row, for I would rather be a servant in the House of the Lord than to sit in the seats of the mighty.’ He then collapsed onstage and died of a heart attack.”
You can listen at YouTube to a recording of the last words from His Last Speech.


Malcolm X, minister and activist (May 19, 1925 to February 21, 1965) was assassinated by three gunmen while beginning to speak in a rally at a ballroom in New York City.


John Jarvis Seabrook, African-American pastor and educator (April 12, 1899 to May 1, 1975). While speaking to the Austin, TX city council he collapsed, suffering a fatal heart attack.

“Gathings died in West Memphis on May 2, 1979, after suffering a heart attack while speaking to a local business group.”

“He died while speaking at a Save Beale Air Force Base fundraiser.”

“Tootie was making a speech at the New Orleans City Council Chamber against the NOPD abuse of the Mardi Gras Indians. In the middle of his speech Tootie suffered from a heart attack that took his life. ”


Gene Edward Franchini, former chief justice of the New Mexico Supreme Court (May 19, 1935 to November 4, 2009). According to his obituary in the ABA Journal, he collapsed and died while giving an annual speech on ethics and the role of a judge to an audience of about 100 - mostly first-year students at the University of New Mexico School of Law in Albuquerque.

Although death while speaking in public is rare, it certainly is not unheard of. My list likely is an underestimate, since countries such as China, Indonesia, and Russia are missing.

Posted by Richard I. Garber at 5:28 AM No comments: Links to this post

Best newspaper story about a death while speaking in public It was the obituary for the English writer of murder mystery novels, Ruth Rendell (February 17, 1930 to May 2, 2015). She didn’t die while speaking - that incident happened back in the early 1950s. But her obituary in The Guardian said that:

“...she had been a journalist on the Chigwell Times, but resigned after it emerged that her report of a local tennis club dinner had been written without attending the event, meaning she missed the death of the after-dinner speaker during his speech.”

She had told a similar version in a 2013 article at the Penguin web site. I don’t have access to the Chigwell Times, so I have not been able to find the name of the after-dinner speaker.

Posted by Richard I. Garber at 5:12 AM No comments: Links to this post

Nearly a century before LOLCATS there was Harry Whittier Frees 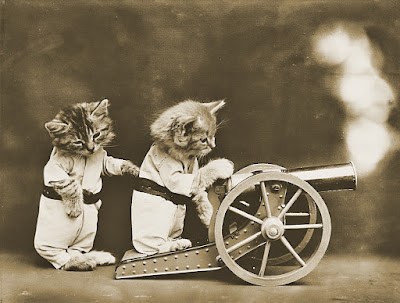