A very worthwhile article on dealing with presentation distractions 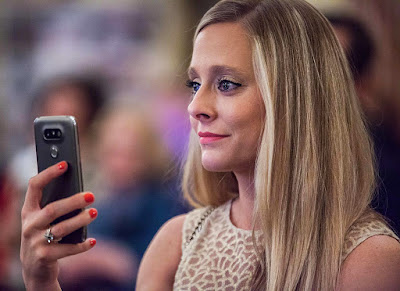 At the PresentationTeam web site on May 27, 2019 Kevin Lerner published a long (~3500 word) but very worthwhile article titled Dealing with Distractions (subtitled presenting like a pro when the unexpected strikes). He also posted it at LinkedIn Pulse, which is where I first found it . Kevin discussed six types of distractions:

Under Audience Distractions he has a section titled Minimal eye-contact or audience engagement containing the following story (which conflicts with advice we often get) :

“I gave a training presentation a few years ago that really threw me off. The audience did not just lack eye-contact with me…many of them had their heads tilted backward and their eyes closed. They seemed terribly disinterested and downright sleepy. For the first three hours I delivered my program, distracted by this near-rude audience response.

During lunch I asked my client what was going on with my audience. She replied that many of the audience members were from South Korea and that this is a cultural thing. ‘By closing their eyes they are better able to process my information, without being distracted by the visuals,’ she explained.

It helped me gain my footing - and they were pleased with my program. Still, talking to an audience that could care less about you or your presentation can be distracting and disheartening. Aim to carry on, making your presentation as entertaining and engaging as possible.”

Japanese audiences are similar, as was discussed by Clella Iles Jaffe on page 190 of the eighth edition (2016) in her textbook, Public Speaking concepts and skills for a diverse society:

“Expectations common in the United States are not universally applicable. For instance, Japanese speakers use less direct eye contact, and it is not unusual to see listeners with downcast or closed eyes at a meeting or conference because this demonstrates attentiveness and agreement rather than rejection, disinterest, or disagreement.”

There is a longer discussion by Richard W. Brislin and Tomoko Yoshida on page 285 of  their 1994 book Improving Intercultural Interactions: Modules for Cross-Cultural Training Programs:

“Cultures vary in the methods used to convey involvement and attention to one’s conversation partner. In America, a slight forward lean and eye contact convey an attitude of involvement and attention. In contrast, Japanese may use very different means to convey these attitudes. An American full professor who was making a speech to a large group of Japanese professors and students was concerned during his speech because many in the audience that filled the auditorium were sitting with their eyes closed. He thought, ‘my speech is dying. They’re all falling asleep.’ After his speech was finished, a number of Japanese approached him enthusiastically telling him how much they enjoyed his speech and making comments that showed they had heard every word he said. In Japan, closing the eyes while listening to another, especially a higher status person giving a speech to a large audience, indicates one is giving one’s complete attention to the words of a speaker, not a disinterest in the speaker. Clearly, the American had misinterpreted the closed eyes of the Japanese….” 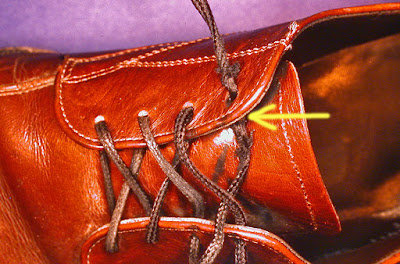 Some potential distractions are to be expected. Back on January 1, 2012 I blogged that you should Resolve to anticipate “shoelace failures” and plan around them. As is shown above, a shoelace is expected to wear out and fail at the upper eyelet. 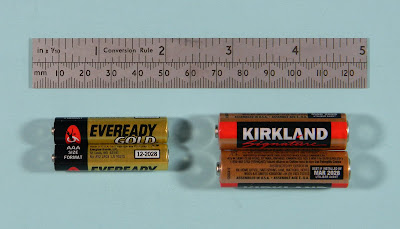 AA or AAA batteries in your presentation remote, laser pointer, or wireless microphone can be expected to eventually run out, so you should carry spares. 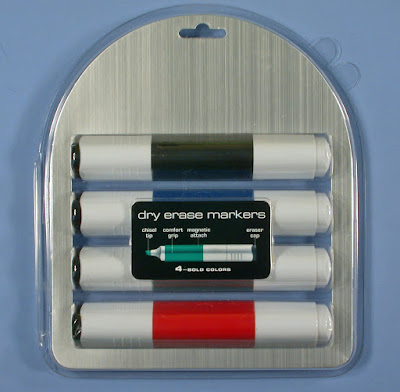 Markers for whiteboards or flipcharts will run out of ink or dry out. If you don’t carry your own spares, Murphy’s Law says what you will find in a tray at the venue will be awful - light yellow or pink highlighters. 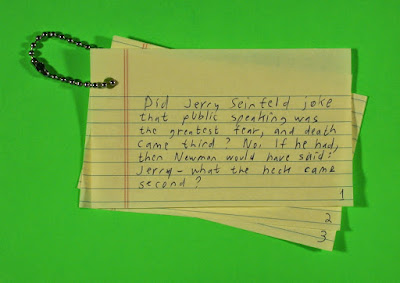 Note cards will get dropped, so they should be chained together, as I discussed in an April 19, 2017 blog post titled You should never have to worry about shuffling or dropping your cue cards.

You also might make up (or adapt someone else’s) checklist of what to take along, as I blogged about in a post on February 1, 2011 titled Is your speech ready for takeoff? Are you sure? 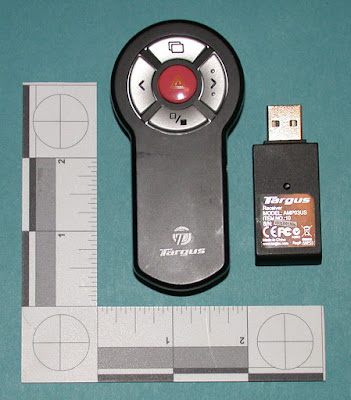 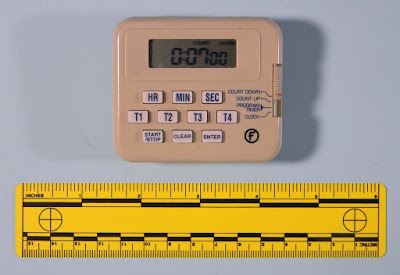 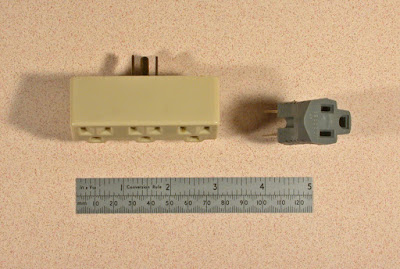 Some items that are not absolutely necessary can increase confidence and simplify your presentation. If I’m using PowerPoint, I carry my own little Targus remote with a built-in laser pointer. I also carry a small lab timer that is much easier to read than the tiny digital display on my wristwatch. Little things like a cube tap or ground adapter will insure that you have power. 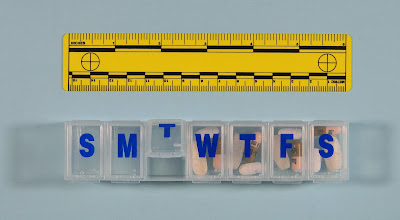 In his article Kevin discussed how one morning he had forgotten to take his epilepsy medication, which led to a petite mal seizure during a presentation. Carrying a pillbox holding the medication doses for a week can give a visual reminder making that sort of mishap less likely.

In another post  on February 8, 2011 titled Mistake-proofing your presentation outfit I discussed other ways to give yourself visual reminders. The blister pack holding four dry erase markers I showed previously will instantly indicate if one had run out but not yet been replaced.

The image of a woman with a cellphone came from Wikimedia Commons.