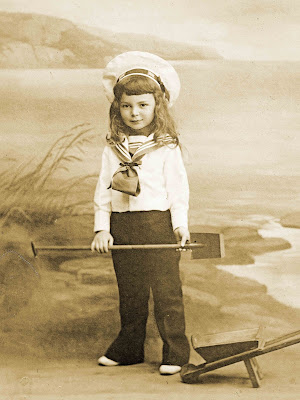 On August 27, 2019 at DiBartolomeo Consulting International there was a blog post titled 3 ways to lose your fear of public speaking that admonished:
“The first way to reduce the unknown is to study your topic thoroughly. You must strive to be the smartest man or woman in the room on your particular topic.”

It opened with a misleadingly claim that:
“According to the Chapman University Survey of American Fears, the number one fear of people is public speaking.” 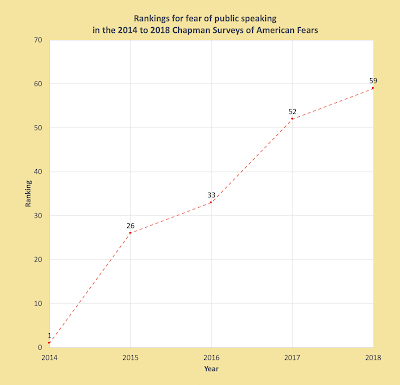 They likely got that statistic from a October 30, 2014 Washington Post article titled America’s top fears: Public speaking, heights and bugs which shows up near the top on Google or Bing searches about surveys of public speaking and fear. But there were five annual Chapman surveys in 2014 through 2018 (and another for 2019 may appear next month). The other four tell a very different story than the 2014 survey. Rankings for fear of public speaking in them all are shown above.

On October 27, 2014 I blogged about What do the most Americans fear? The Chapman Survey on American Fears and the press release copying reflex. In that post I noted that there were questions on lots of fears, but they were asked in different ways so they could not be compared directly. On October 29, 2014 I blogged about how twelve fears were listed under ‘Phobias’ in a post titled Chapman Survey on American Fears includes both zombies and ghosts.

An image of a girl with a toy shovel came from the Library of Congress.