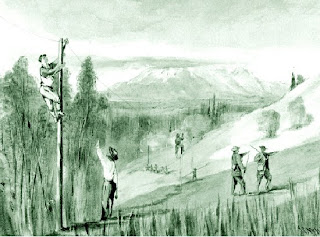 The National Storytelling Network(NSN) is an organization of storytellers. Five times a year they publish Storytelling Magazine. On the About NSN page is says that:

Under the Resources tab in the Knowledge Bank the very first article answers the question What is Storytelling? It begins by stating that:

“Storytelling is the interactive art of using words and actions to reveal the elements and images of a story while encouraging the listener’s imagination.”

Then it continues by noting that storytelling:

4. Uses actions such as vocalization, physical movement and/or gesture.

5. Encourages the active imagination of the listeners.

Thus storytelling and great public speaking often have much in common.
Posted by Richard I. Garber at 5:26 AM No comments: Links to this post 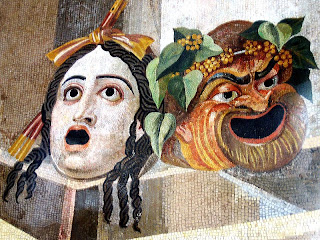 Underneath the title it says that A Storied Career is Kathy Hansen's blog to explore traditional and postmodern forms/uses of storytelling. So far I've just explored a little of her blog.

If you look at the very right as you scroll down the home page past CATEGORIES to PAGES, you will eventually find a list of interviews with about 50 practitioners of storytelling.

There also is a link for downloading a free 88-page ebook called
Storied Careers: 40+ Story Practitioners Talk about Applied Storytelling. The ebook collects most of her interviews.
Posted by Richard I. Garber at 11:14 AM No comments: Links to this post

What’s Your Story? is a blog about storytelling 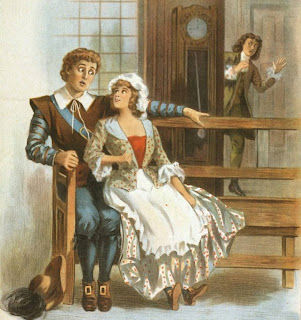 Greg Morris writes an interesting blog about storytelling called What’s Your Story?, that is subtitled Reinventing Yourself and Your Business.

Every day or two he posts a long list of curated stories prefaced by an image of a bookstore. Yesterday’s curated stories had about 68 items. That is long enough to require a keyword search rather than just skimming. You can do that quickly, by typing Ctrl-F (the Find function on your web browser) and then entering a key word or two in order to jump directly to an interesting item.
Posted by Richard I. Garber at 6:21 AM No comments: Links to this post

Leading by a tale: Caren Neile 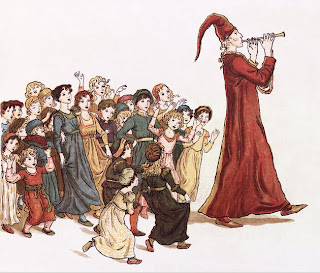 The February 2009 issue of Toastmaster magazine contains an article by Caren Neile, Ph.D., called Leading by a Tale. She discusses how to put storytelling to work in an organization and how leaders use storytelling. She briefly mentions that according to Annette Simmons there are six types of stories that leaders tell:

6. I Know What You Are Thinking

In the first chapter of her book The Story Factor Simmons discusses these types further. Her book is one of the references in this magazine article.

You can read an interview with Caren about storytelling here.

Caren also had an article in the August 2008 Toastmaster about Small Audiences: dos and don’ts of speaking to children. She also has discussed this topic in a 40-minute podcast. Also, she has discussed how You must be kidding: tall tales are a tall order in the November 2007 Toastmaster. Caren directs the South Florida Storytelling Project at Florida Atlantic University.
Posted by Richard I. Garber at 6:41 AM No comments: Links to this post

Glory of a story: Craig Harrison 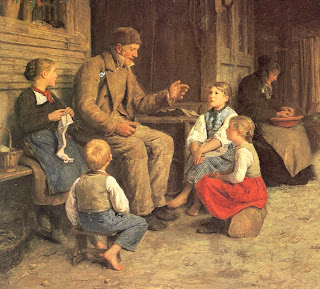 Craig Harrison wrote an article called the Glory of the Story in the March 2010 issue of Toastmaster magazine. He is a Distinguished Toastmaster and the founding chairman of the National Speakers Association’s Storytellers Professional Emphasis Group (NSA PEG).

Craig notes that Toastmasters (and other public speakers can learn five things from storytellers:

1. Vocal Variety
2. Stage Presence
3. The power of the Pause
4. Imagery
5. Setting the Stage

Craig has other articles about storytelling posted on his web site. There is a long handout from his 2009 presentation at the NSA PEG on the Speaker as Storyteller.
Posted by Richard I. Garber at 6:03 AM 2 comments: Links to this post 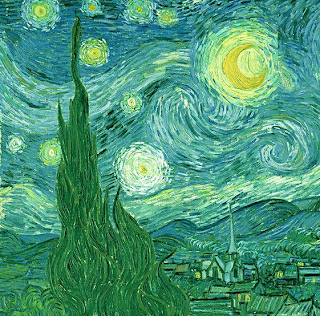 Next Monday evening, April 26th, there is a public storytelling event in Boise at the Linen Building. The theme for this month’s ten-minute featured tales is Busted!: Stories about getting caught. Featured storytellers will be:

Following an intermission there will be a story slam in which audience participants whose names are chosen out of a hat also can tell a five minute tale on the theme.

The next event will be on May 24, and the theme will be Crushes: stories of sudden infatuation.

The Story, Story Night web site doesn’t bother to explain where the name came from. I guess that it is borrowed from the opening line of Vincent (Starry starry night), a Don Maclean song about Vincent Van Gogh.
Posted by Richard I. Garber at 12:24 PM 1 comment: Links to this post

The joy of storytelling 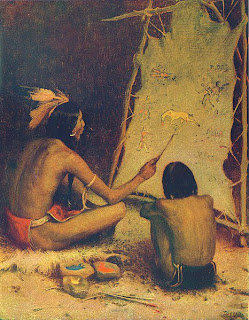 Public speaking is closely related to storytelling, which is one of the 10 oldest human pastimes or professions. In alphabetical order (not including the usual stereotype) the other eight might be: brewing, cooking, farming, herding, hunting, motherhood, tool making, and trapping.

In his Free-Range Thinking newsletter Andy Goodman proclaims that there are 10 Immutable laws of storytelling, which are:

1. Stories are about people
2. One or more people has to want something
3. Stories need to be fixed in time and space
4. Let your characters speak for themselves
5. Audiences bore easily
6. Stories speak the audience’s language
7. Stories stir up emotions
8. Stories don’t tell: they show
9. Stories have at least one “moment of truth”
10. Stories have clear meaning

He also asks the following 7 questions to sharpen your stories:

1. Who is the protagonist?
2. What’s the hook?
3. What keeps it interesting?
4. Where’s the conflict?
5. Have you included telling details?
6. What’s the emotional hook?
7. Is the meaning clear?
Posted by Richard I. Garber at 6:58 AM No comments: Links to this post 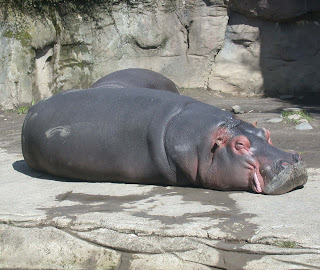 Five years ago Patricia Fripp said that: “There is no such thing as a boring subject, only a boring speaker.”

Shirley worked as a chemist at GM research and was elected to the National Academy of Engineering in 2000. She has a knack for simply and clearly explaining her subject: how the oil behaves in the engine of your car. Her January 1999 column on The Calibrated Eyeball begins with:

“The connoisseur swirls the small glass containing a dark fluid. He looks for body, flow, any unevenness in the fluid. He waves his hand over the glass and takes a whiff. Fine wine? No. Engine oil.”

Many of her columns can be read on the web. Her June 1998 column is I am an engine’s camshaft. The November 1999 column is I am your engine’s oil defoamer. Her September 2001 column about No time to think, describes where to finally find a quiet place at work to plan a presentation.

My all-time favorite is her October 1996 column, The Sludge Queen Says. As The Sludge Queen she is the Dear Abby of dirty engine oil. She hilariously replies to three letters signed Old-time driver (who never ever opened the hood to put in any oil), Forget-me not (who forgot to change the oil, and let it turn to tar), and Perplexed (who noticed that in winter the oil on his dipstick looked just like a vanilla malt). This column does not seem to be posted on the open web, although you can find it on a magazine database at an engineering library. There also is a book with a collection of the columns. 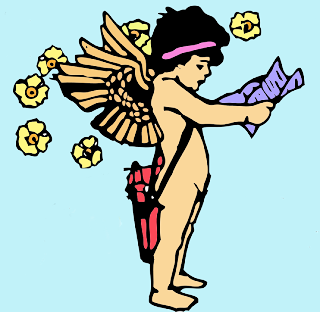 Posted by Richard I. Garber at 8:43 AM No comments: Links to this post

Right out of the shoot? Another type of YAKWIRM! 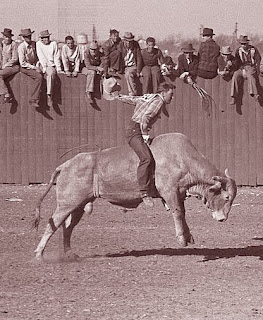 Earlier this month in her blog Jane Atkinson asked If Content is King, Are you Royalty? In that post she said that:

“Marcus Buckingham is a great example. He knew right out of the shoot how to be engaging and funny on top of great content.”

“Right out of the shoot” is a mondegreen, which happens when a phrase (like a song lyric) is misheard or misinterpreted in a way that gives it a new meaning. Last November I came up with YAKWIRM, a long acronym for You All Know What I Really Meant. Then it referred to typographical errors, but it can equally well apply to mondegreens.

At the end of each verse of the Credence Clearwater Revival song Bad Moon Rising the lyrics actually say that: “There’s a bad moon on the rise.” Many people instead heard: “There’s a bathroom on the right,” and in concerts John Fogerty sometimes sang it that way just for grins.
Posted by Richard I. Garber at 8:20 AM No comments: Links to this post

A blog or web page needs a great title! 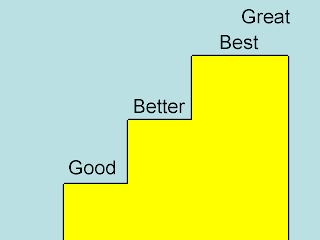 My last post led to some comments from Audrey Selig. I had pointed to her hub page (or blog) which is titled How to Become a Good Public Speaker. In her comment she said she checked it out and good speaker was a good tag. Well, maybe what she really needs instead is a great title. Hint – Tom Antion calls his blog Great Public Speaking.

Audrey already wrote an eHow article titled How to Present a Captivating Speech, so perhaps her page title should contain a word like captivating, compelling, or superlative instead of just plain good.

When I glanced at her page title, I thought that just was the title of the current article, which actually is Plan by Mapping Your Speech. She tries to explain a mind map using words alone. I think that topic instead cries out for an image showing an example. When I discussed Mind Mapping and Idea Mapping for Planning Speeches I linked to three examples of what maps look like (and two videos).

Audrey also asked if I could link to her site. I only link to a handful of blogs that I read regularly.
Posted by Richard I. Garber at 1:47 PM No comments: Links to this post

Create magnetic titles or headlines: use great, not just good 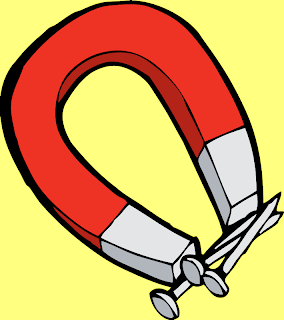 How to Be a Great Public Speaker, or

How to Be the Best Public Speaker That You Can Be

Back when I was a child the Sears Roebuck catalog commonly listed three categories for each type of product: good, better, and best. Good was not very good. Better grade shirts were so well made that I got them after my older brother outgrew them, and then my younger brother finally wore them out.
Posted by Richard I. Garber at 10:18 AM 2 comments: Links to this post

Ignoring your audience is a bad idea 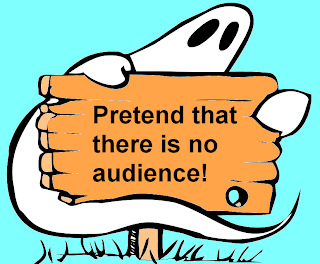 Recently I ran across an article with the peculiar title of Audience Public Speaking Cancellation Technique in which Michelle Green-Brown suggested some advice even worse than imaging that your audience is naked. She said that:

“….When you look out and are ready to deliver your speech all eyes will be on you, but you can focus and visualize an empty room, giving you the freedom and charisma that comes naturally. Even if you're an introverted person by nature, you can use this to make the room virtually disappear.”

In an eHow article on How to Battle Stage Fright Nico Riley also says:

I think this is appallingly bad advice. It may barely work for overcoming terror. But, if you remove the audience from your thoughts, then you will give a less than mediocre presentation.

Elsabé Manning also mentions this topic in her article Public Speaking – The Worst Advice and comments that: