Learning how to fear less


Last week I Googled the word glossophobia and found this charming 90-second Fear Less ad at YouTube showing Evan using his new Google Nexus 7 tablet to learn how to overcome his nervousness about giving a speech in class. He rehearses gestures in front of a mirror (like Churchill) and watchesColin Firth in the finale to The King’s Speech.

It’s amazing that in less than seventy years we have gone from Vannevar Bush’s Atlantic magazine article that imagined a power tool the size of a desk for managing knowledge (a Memex) to a real hand-held tablet.
Posted by Richard I. Garber at 8:34 AM No comments: Links to this post

Are dogs our greatest fear or man’s best friend? 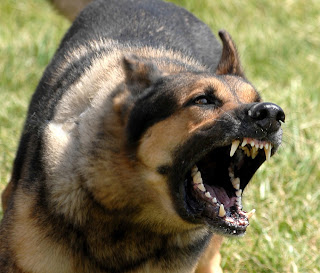 In a very curious blog post on May 17th (and a similar post at Q9 on July 25th) Ian Gotts claimed that:

“In a recent survey of fears, dogs came top, but public speaking was above dying. So people would rather die that (sic) speak in public, which is absurd if you knew how easy it is to overcome your fear of speaking.”

I think dogs are liked rather than feared by most people. On June 17th Public Policy Polling released their Animals and Pets Poll: Americans Prefer Dogs; Fear Snakes. One question they asked a sample of 603 registered American voters was:

Q19: What do you think is the scariest animal: alligators, bats, bears, cockroaches, tigers, sharks, snakes, spiders, wolves, or something else?

Later in that blog post Mr. Gotts also claimed that:

“In fact 38% of communication is tone of voice. Only 7% is what you actually say. The remaining 55% is physiology; body language, how you look, where you stand. (The original study  was Birtwhistle and Mahrabian).”

I think he meant to refer to Ray L. Birdwhistell (who is discussed in the Wikipedia article on kinesics) and Albert Mehrabian (who is the source for those specific percentages commonly misquoted as the Mehrabian Myth). I blogged about Bullfighting the Mehrabian Myth back on July 25, 2009.

I made the image of a military dog barking scarier by editing out his chain.

Posted by Richard I. Garber at 6:07 AM No comments: Links to this post

Step up to more creative writing 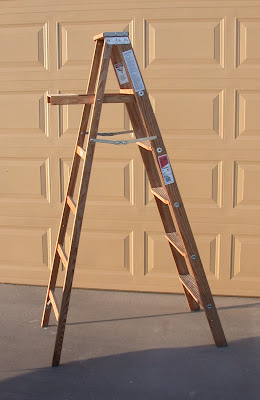 Sunday I was looking for a ladder on Craigslist, and saw this wonderful listing:

Reach new heights in life one step at a time with this genuine American made environmentally friendly solution to shortness.

Investigate your attic, bring light back into your spare bedroom or more conveniently peer over your neighbors fence. There's nowhere to go but up with this life boosting accessory.”

It reminded me that how you describe objects or situations depends on your perspective. Even a humble step ladder can be exciting.

The Drive-By Truckers titled their retrospective CD Ugly Buildings, Whores, and Politicians: Greatest Hits 1998-2009. After you read that, it’s one small step to note that changing the leading three-letter phrase from pro to con is all that separates prostitution from constitution.

Back in 2009 I had fun describing the free ACA Open Knowledge Guide to Public Speaking with the style of ad copy:

“How would you like to ALMOST INSTANTLY obtain a COMPLETELY FREE e-book that just might CHANGE YOUR LIFE FOREVER? I am not just talking about a crummy MARKETING E-BOOK which REVEALS THE SECRETS of how YOU CAN MAKE BIG MONEY as a MOTIVATIONAL SPEAKER.

Nor am I talking about a not very AMAZING BOOK that can MAGICALLY ELIMINATE YOUR FEARS. It is not just a long ad for our FAMOUS SEMINAR that has been ENDORSED BY WELL-KNOWN CELEBRITIES.

No OPERATORS ARE STANDING BY to try and sell you a MAGIC BULLET that will take your career to AN ENTIRELY NEW LEVEL. However, this WORLD CLASS PRODUCT is not AVAILABLE IN A STORE NEAR YOU.

This offer is not VALID ONLY FOR A LIMITED TIME. There is no MONEY BACK GUARANTEE. You do not need to ACT NOW.”

Posted by Richard I. Garber at 6:48 AM No comments: Links to this post 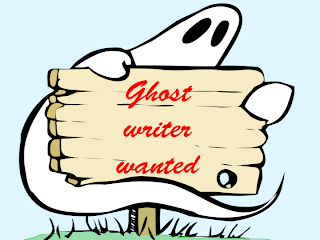 A posting from July 12th on the Elance freelance work web site said that:

“We're looking for an Article Writer to generate high-quality written content for our blob.”

They probably meant their blog rather than just a blob. As usual the qualifications desired for the writer included excellent spelling and formatting skills. Presumably that included proofreading skills, which the poster clearly lacked.

When you rely only on a spelling checker, you also may wind up with the phrase “pubic speaking” when you meant to say public speaking. It’s particularly hilarious to find that lascivious typo in the title to an article or a YouTube video.
Posted by Richard I. Garber at 11:09 AM No comments: Links to this post

Was fear of public speaking ever really in the pole position? 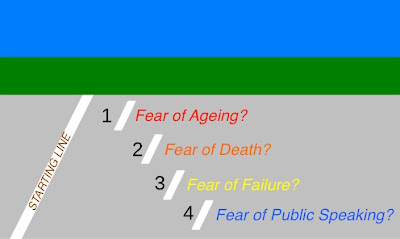 I don’t think so. But, in a blog post on July 8th titled Fear of Public speaking Loses Pole Position, Les Hayman claimed that:

“However, most recently, the fear of public speaking, which has long held the #1 position in ‘human feardom’ in the western world, appears to have been deposed, and relegated further down the list of top-10 fears, according to most current surveys that bother to worry about what bothers humanity.

According to him, the top four fears now are as shown above. Mr. Hayman didn’t bother to provide links to any of those “current” surveys, or to tell us who did them, when they were done, or where they were published. Google searches using fear, survey, and the four terms ageing, death, failure and “public speaking” gave less than ten results, none of which were current surveys.

Those posts noted that fear of public speaking really never was consistently in first place, so it had not long held the “pole position.”. That claim is 100% bogus. For example, in a 1988 Roper survey it came second and snakes were first. In the very large Epidemiologic Catchment Area (ECA) Study reported in a 1991 book it came in 8th or 9th place. In Gallup polls done both in 1998 and 2001 it was second, after snakes.
Posted by Richard I. Garber at 6:47 AM No comments: Links to this post

Please don’t tell your audience all about the MacGuffin 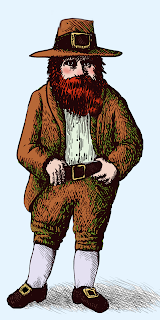 Back in 1939 Alfred Hitchcock described the MacGuffin: a story element that the film characters are extremely interested in, but the audience is not. In a crime story it may be a necklace with jewels. In his 1935 spy film, The 39 Steps, it was the plans for an airplane engine. (You can watch the entire film on YouTube. After about 47 minutes the main character gives an impromptu speech about a political candidate he hasn’t previously met.)

Recently, in The Fiction Writer’s Handbook (2012), Shelly Lowenkopf describes a MacGuffin as:

“A DEVICE or object that appears germane to the PLOT of a NOVEL or SHORT STORY but which has little to do with the OUTCOME; a DISCOVERY such as a map, a letter, a weapon that serves as a plausible distraction from the THROUGHLINE of a story.”

When writing a speech, we need to step back and ask ourselves whether all the details we have included really are necessary for telling our story. 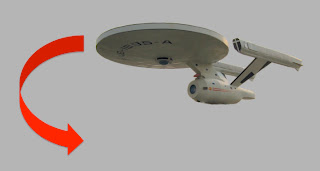 In the 1968 book, The Making of Star Trek there was an excellent example of irrelevant details. A script draft had used two pages of detailed jargon to describe exactly how to turn around the Starship Enterprise. The edited version had Captain Kirk shout just two words:

The MacGuffin was derived from an image of a leprachaun.

Posted by Richard I. Garber at 11:41 AM No comments: Links to this post 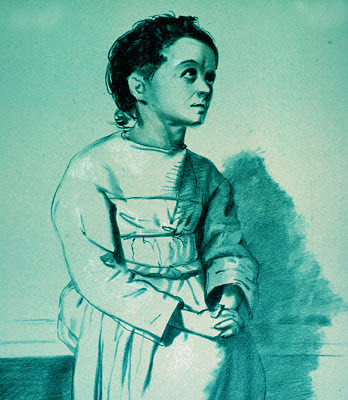 Last month the Mozy Corporation released a report on Irrational Fears and the Cloud which included a survey of 1250 office workers done in May 2013 by Vanson Bourne. There were 300 in the US, 250 each in France, Germany, and the UK, and 100 each in Ireland and the Netherlands. They apparently were asked:

What irrational fears do you have that make you worry at work even though you have no just cause to be concerned? 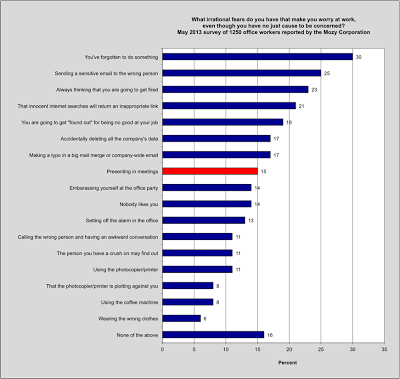 Results are shown above in a bar chart. (click on it to see a larger version). 30% feared having forgotten to do something, and 25% feared sending a sensitive email to the wrong person. 23% were always thinking they were going to get fired, 21% feared that innocent internet searches would return an inappropriate link, and 19% feared being found out for being no good at their job.

Only 15% feared presenting in meetings, which is a business form of public speaking. This was the eighth most common fear, in contrast with usual claims that public speaking is the greatest fear.

The melancholy woman was adapted from this old image.
Posted by Richard I. Garber at 6:34 AM No comments: Links to this post 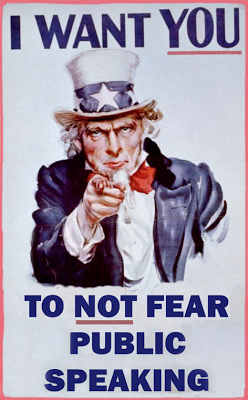 Once again it’s the first week of July, and therefore time to celebrate this obscure event which I have blogged about previously.
Posted by Richard I. Garber at 4:56 AM No comments: Links to this post