Do you have any idea who you are talking to? 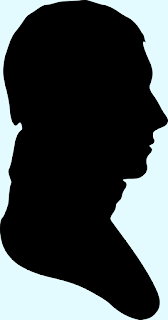 Many articles about public speaking mention that you should know your audience. It also is important to know if an audience member (or someone else you speak with) is an expert with a capital E – the guy who ‘wrote the book’ on a subject.

While in graduate school in fall 1973, I took a course on Mechanical Behavior of Materials. There was a quiet, older student who the professor, Jack Low, had addressed just as Gil. One day Jack was lecturing on fracture toughness testing. He casually asked Gil about how one test method had been developed by a committee of the American Society for Testing and Materials (ASTM). Then we realized from Gil’s detailed reply that he really was J. G. (John Gilbert) Kaufman from the research lab of the Aluminum Company of America (aka Alcoa). Most of us knew of him as the author of many magazine articles and several ASTM books called Special Technical Publications (STPs) that were collections of presentations made at their conferences. Gil had worked at Alcoa for almost two decades. He had started there after getting a B.S. and M.S. in Civil Engineering. But he wanted to learn more about metallurgy, so he was working part time on a second M.S. degree.

In the late 1970s I worked at the Climax Molybdenum Company research lab in Ann Arbor, Michigan. One afternoon I was surprised to see Rick Zordan, who I’d known in graduate school. Rick told me about his faux pas. He had arranged to visit the lab to use our Quantimet 720 image analyzing computer. Rick was working in Kokomo, Indiana – doing research on wear resistant weld-overlay materials similar to tool steels. When he’d mentioned tool steels, the guy who arranged use of the Quantimet said you have to meet Dick Johnson (our tool steel R & D guy), and took him over to Dick’s office. Rick repeatedly referred to a standard reference book he’d been reading by the last name of the first author, Roberts. Finally Dick couldn’t stand it anymore. He turned his desk chair around, to face his bookshelf, and pulled out a book. Dick said look, this is the third edition (1962) of Tool Steels by Roberts, Hamaker, and Johnson – and I’m Johnson. Oops! But then he and Rick wound up happily discussing how data from a Quantimet could be used to relate microstructure with properties. Dick had co-authored some articles on that topic, and also knew what else had been done by others.

In the mid 1990s I heard about a deposition in a civil court case involving the crash of a sports car. After it had settled, a mechanical engineer told me the story. The defendant manufacturer had hired Donald J. Wulpi as their metallurgy expert. (Don had worked in the lab at International Harvester for three decades, and written a series of Metal Progress magazine articles about failure analysis which in 1966 were compiled into a 56-page booklet titled How Components Fail). The plaintiff sent an unprepared, inexperienced attorney to Ft. Wayne, Indiana and he deposed Don in a meeting room of a hotel at the airport. He asked Mr. Wulpi a standard question - if he’d referred to any reference materials while preparing his opinion. Then Don started citing page numbers, and said they were from a more detailed 262-page book he’d written in 1985 - Understanding How Components Fail. (That standard reference book currently is in its third edition). The perplexed attorney asked him where he could obtain that book. Don said he had a stack of them in the trunk of his car, and could sell him one for $55! (I took the five-day ASM Principles of Failure Analysis course from Don in the late 1980s).

On January 1, 2012 I blogged about how you should Resolve to anticipate “shoelace failures” and plan around them. In the first chapter of his book Donald J. Wulpi talked about failures that were just what you would expect to find. Last April in her blog on failure analysis at Industrial Heating Debbie Aliya wrote about how when she discussed that example in Pune, India the audience just gave her very perplexed looks. Then she looked at their feet, and saw all of them were wearing open sandals rather than lace-up shoes!