A phishing email from 'PayPaI' 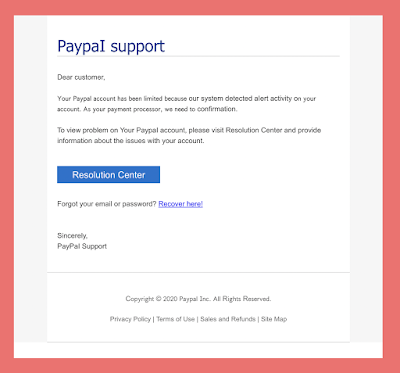 Look very carefully at the fraudulent email I got this morning. In the title they misspelled the name PayPaI rather than PayPal. That final upper-case I instead of a lower-case L gave away that it was phony. The misspelled name is pronounced PayPie. And, I’m not going to give them even a little piece of my Pie!