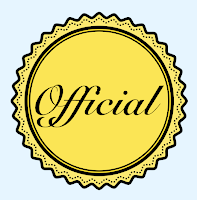 In the March issue of The Spectator there was an article by Mark Forsyth titled Why do people talk nonsense in public. He lamented pompous cliches like use of a second, unneeded verb:

“The safety instructions are ‘located’ at the end of the carriage. The life-jackets are ‘located’ under the seats. They needn’t be located. They just are.”

Mark also was irritated that police usually refer to an individual (male or female) rather than just a person, man, or woman. That jargon reminded me of an old Firesign Theatre comedy skit called Driving for Dopers (in Dear Friends on YouTube at 1:06:50):

“Say, would you individuals care to walk over to my vehicle, now facing northwest going in a southerly direction at the intercourse of Highland and Exterior avenues, and there purchase 27 grams of illegal hashish?”

The only time people will tolerate official language is within a ceremonial proclamation by a Mayor or Governor, where centuries of tradition call for repeated use of whereas, and a closing like:

“...in witness thereof, I have hereunto set my hand and caused to be affixed the Great Seal of the State of Idaho at the Capitol in Boise on this 28th day...”

Otherwise, almost nobody still talks like that. Neither should you.
Posted by Richard I. Garber at 5:38 AM