When did the Wall Street Journal say that public speaking is the #1 fear in America? 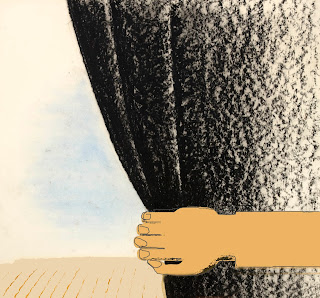 On December 10th there was a web article at the Dale Carnegie Northwest Blog by Liz Scavnicky-Yaekle titled Science Says - Five Ways to Prepare for Public Speaking which opened with the startling statement that:

“Public speaking is the #1 fear in America according to the Wall Street Journal.“

That sounds way more scary than this October’s Chapman Survey of American Fears which instead ranked public speaking 26th out of 89. When I blogged about it, I pointed out that people really were only Slightly Afraid of public speaking.

Anyhow, when did the Wall Street Journal say that? Let’s pull back the curtain on this silly appeal to authority. The last time was  on June 13, 2014 in an article titled Joe Queenan’s Guide to Public Speaking which just opened with the very generic statement that:

“People routinely say that being asked to speak in public is their No. 1 fear, inspiring more dread than flying.”

I blogged about that article the day after it appeared. Back in 2007 Preston Ni had claimed more specifically that:

“Did you know that according to the Wall Street Journal, public speaking is the number one fear in America? The fear of death is ranked number two! That’s right—we seem more afraid of public speaking than we are of physical demise, heights, jumping out of a plane, or dreaded in-laws.”

He repeated that claim in two web articles at Psychology Today on May 14, 2013 and November 6, 2013 but never supplied a date for the Wall Street Journal article. Anyway, the death is number two claim corresponds to a old Jerry Seinfeld joke, as I discussed back on March 1st in a blog post titled A high mound of manure from Bill Hoogterp about fear of public speaking.

The image was adapted from Unity Brings Victory at Wikimedia Commons.