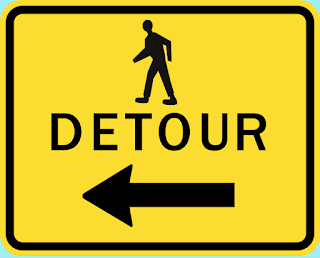 That is one interesting statistic from a survey of around 3000 workers in the UK by CV Library and reported on December 31, 2015 in an article at Fresh Business Thinking. Two other articles discussed what apparently were other results from this survey. 26.2% of a national sample chose careers to avoid their office fears, as did  29.5% in the East Anglia region. 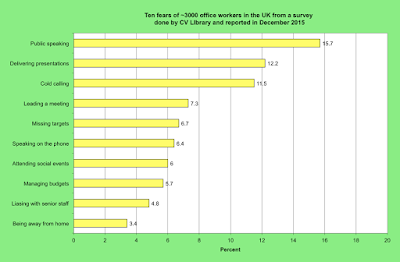 A second article in Bar Magazine on December 30th didn’t list percentages but just ranked the ten most common fears for hospitality workers as being:

A third article in Cambridge News just ranked the ten most common fears of workers in East Anglia as being:

Public speaking was the most common fear for all three samples. 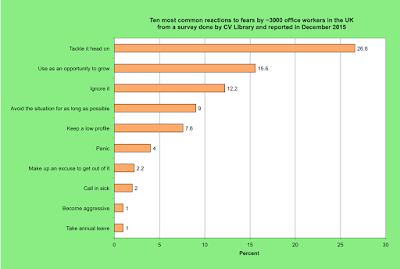 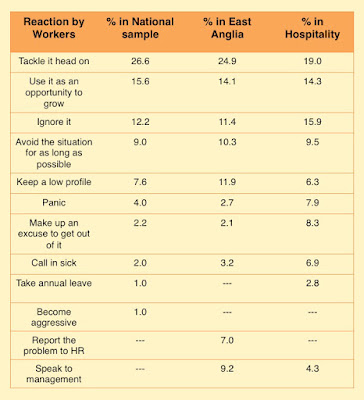 A Detour sign was modified from one at Wikimedia Commons.