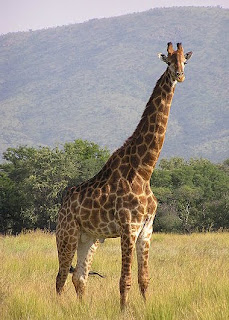 Big names in business like Steve Jobs and Jack Welch often are pointed to as obviously being great communicators. For example, there is a recent book by Carmine Gallo called The Presentation Secrets of Steve Jobs: How to Be Insanely Great in Front of Any Audience.

This sheepish attitude of fawning adulation reminded me of a scene in the movie Wayne’s World where Mike Meyers (Wayne Campbell) and Dana Carvey (Garth Algar) bow down before Alice Cooper and keep repeating the catch-phrase “We’re not worthy!”

I was pleasantly surprised to find that one speaking coach, Nick Morgan, had the chutzpah to stick his neck out and say otherwise. He is like the little boy at the end of Han’s Christian Andersen’s fairy tale about The Emperor’s New Clothes. This fall he critiqued the big names in a series of blog posts. For example, Nick called Steve Jobs good, but not great. His posts offer constructive criticism. He points to videos from specific speeches. You can read them, watch, and then see if you agree or disagree:

In a blogosphere with mostly sheep it is inspiring to find a giraffe. By the way, the giraffe image was edited from one by Miroslav Duchacek.
Posted by Richard I. Garber at 11:10 AM