Edward O. Wilson on storytelling and the creative process 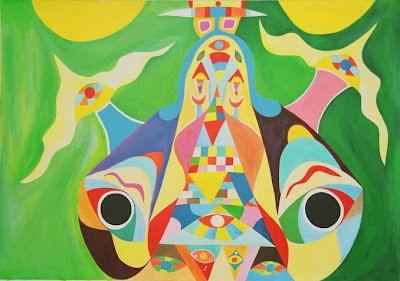 Over Thanksgiving I read biologist Edward A. Wilson’s wonderful little book, Letters to a Young Scientist. My favorite part was his fifth chapter on The Creative Process that concludes with this paragraph (which also applies to speech writing):

“I’ll end this letter by telling you how I conceive of the creative process of both a novelist like Crichton and a scientist. (I have been both.) The ideal scientist thinks like a poet and only later works like a bookkeeper. Keep in mind that innovators in both literature and science are basically dreamers and storytellers. In the early stages of the creation of both literature and science, everything in the mind is a story.

There is an imagined ending, and usually an imagined beginning,  and a selection of bits and pieces that might fit in between. In works of literature and science alike, any part can be changed, causing a ripple among the other parts, some of which are discarded and new ones added. The surviving fragments are variously joined and separated, and moved about as the story forms. One scenario emerges, then another. The scenarios, whether literary or scientific in nature, compete with one another. Some overlap. Words and sentences (or equations and experiments) are tried to make sense of the whole thing.

Early on, an end to all the imagining is conceived. It arrives at a wondrous denouement (or scientific breakthrough). But is it the best, is it true? To bring the end safely home is the goal of the creative mind. Whatever that might be, wherever located, however expressed, it begins as a phantom that rises, gains detail, then at the last moment either fades to be replaced, or, like the mythical giant Antaeus touching Mother Earth, gains strength. Inexpressible thoughts throughout flit along the edges. As the best fragments solidify. they are put in place and moved about, and the story grows until it reaches an inspired end.” 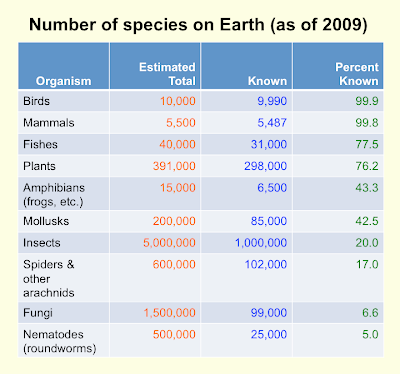 My second favorite part of the book is a table of ten organisms on page 184 that shows (as of 2009) both the number of species known to science and an estimated total. I’ve divided, and added the percent known to it. We have found almost all the birds and mammals (except perhaps Bigfoot), but  really know very little about insects, spiders, fungi, and nematodes.

The painting is by Paul Salvator Goldengruen.