‘tis the season for pies and artistic charts about them


Several years ago the makers of Mrs.Smith’s pies (Schwan's Consumer Brands North America) did a survey that asked people what their three favorite types of pies were.

by herrimanjoe.
Explore more infographics like this one on the web's largest information design community - Visually.


At Visual.ly they showed those results as an artistic pie chart (see above) with ten categories and a silly caution that the total adds up to more than 100%. The total actually was 271% (rather than an even 300%), which left me wondering if there also should have been an Other category for a remaining 29%. 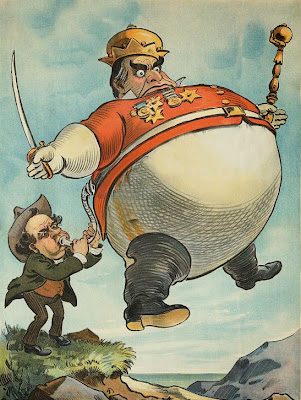 At a total of  271% the chart was ridiculously inflated. 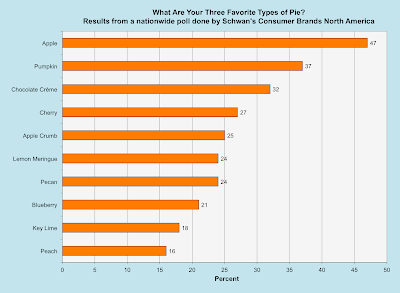 That total is a serious violation of the usual assumption that a pie chart will be used for percentages which add up to 100%. Therefore I have redone it as a horizontal bar chart.

by Column Five Media.
Explore more infographics like this one on the web's largest information design community - Visually.


Before Thanksgiving I saw a post on the Make a Powerful Point blog that led with a widely posted infographic titled There’s Always Room for Pie, featuring another artistic  pie chart of nine favorite pies, and reportedly based on an NPR survey.

Residents of Georgia and Florida probably would question the absence of Peach and Key Lime pies. They might expect to find them in a category labeled Other, but none is shown. 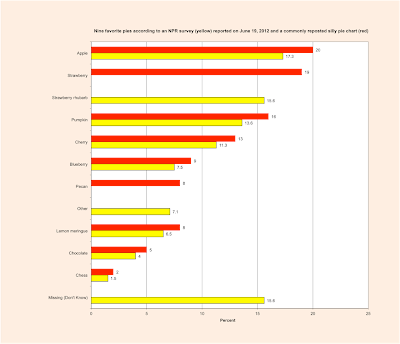 When I looked up the NPR survey I got a shock as illustrated above in a bar chart that compares their results (yellow) with those in that artistic chart (red). First, they didn’t list Strawberry pie. Strawberry-Rhubarb pie came second, at 15.6%. Second, they didn’t list Pecan at 8% - just Other at 7.1%. Third, the categories shown did not add up to equal the total number of clicks. What was missing (and presumably Don’t Know) is 15.6%, or equal to the very second item, Strawberry-Rhubarb.

That NPR survey included chess pie. The classic cookbook The Joy of Cooking notes that:

“Chess pies, now chiefly a southern specialty, are essentially pecan pies without the nuts. There are countless varieties, but all are rich and intensely sweet, approximating candy.”

“The classic chess pie is pointed up with vanilla and/or nutmeg. Lemon chess pie, perhaps the favorite, receives just enough citrus flavor to name, but not dominate, the custard. Chocolate chess is the rich choice.” The Mrs. Smith’s survey results also can be plotted with fruit and custard (or egg) pies as separate categories. 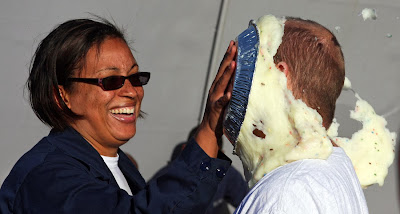 Fortunately there is a simple remedy for re-educating people who misuse pie charts.