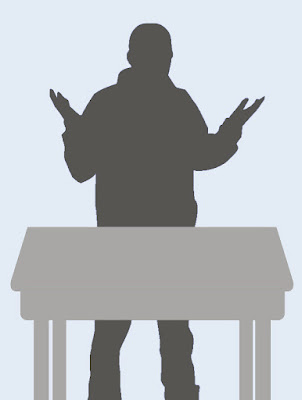 In the March 2015 issue of AMLE Magazine (from the Association for Middle Level Education) there was an article by Dave Stuart, Jr (who teaches history and English to ninth graders in Michigan) titled 5 Strategies for promoting college and career readiness. His first strategy was to Go Big on Argument. How can this be done? Dave says:

“First, form the day’s lesson around a debatable question. For example, rather than setting an objective that states ‘The students will demonstrate an understanding of the differences between Mayan and Aztec cultures,’ ask, ‘Which civilization would have been better to live in, the Mayan or the Aztec?’

The lesson can still look much the same as you would have taught it with the prior objective, except that now the exit ticket for the lesson can require students to answer the debatable question. The only way they can do this is by making a debatable claim and supporting it with evidence and reasoning. They’ll argue every day if you try this - and if your students are like mine, they will learn to love it.
Second, bring the power of argument into the classroom through simple, robust pop-up debates. The pop-up debate strategy is simple:

*  Every student speaks at least once, at most __ times (the maximum depends on your time constraints and the breadth of the debatable question you’ve posed).

*  To speak, students simply stand (‘pop’) up and talk. The first person to speak has the floor. When more than one student does this simultaneously, I coach them on how to practice self-control and social intelligence, yielding the floor politely.

*  In every debate, teach and assess one or two speaking skills. Sentence templates are an ideal scaffold for this.

Pop-up debate has become a favorite class activity in my room over the past few years, but keep in mind that it takes some skill to use the strategy well. You’re probably doing it right when kids start begging you for a debate.”

Pop up debate is a kinder, gentler activity than traditional debate that requires walking to the front of the classroom. How scary is that? In June 2012 I blogged about What social situations scare American adolescents, and what are their top 20 fears? A large careful, survey called the NCS-A found that the most common fear (35.8%) was Performing before an Audience, one version of which is a traditional debate. The second most common (24.9%) was Speaking in Class.

Dave described pop-up debate in more detail in a recent pair of articles on his web site. On August 14th there there was Starting strong with the transformative & simple Think-Pair-Share strategy. Dave described debate preparation by students first thinking about the topic alone, then discussing it with a student partner (pair), and finally going on to share with the whole class. On August 17th there was Beyond the Fear of Public Speaking: Making the First Pop-Op Debate a Success for All Students. Last year there also was a nine-minute YouTube video on Problems with Pop-Up Debates.