The Anti-PowerPoint Party wants us to go back to using flip charts! 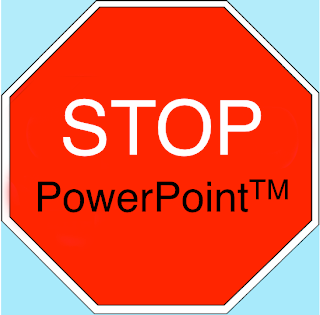 On July 1st Matthais Poehm, a Swiss public speaking trainer from near Zurich, spit out a press release announcing his formation of the Anti-PowerPoint-Party (APPP) which advocates the banning of that product and similar presentation software. PC World discussed how that Swiss Party Makes Dislike of PowerPoint a Political Issue, and noted that Poehm admitted the APPP was a tool to promote his book, The PowerPoint Fallacy. What is his alternative? Go back to the flip chart, which he claims is almost always better.

So far John Zimmer hasn’t discussed the APPP in his Manner of Speaking blog. Perhaps he’s still laughing too much to compose a reply.

There is an important exception to Mr. Poehm’s claim that flip charts are better than presentation software. Imagine trying to draw what you see under the microscope on a flip chart. By the time you create a realistic image, your audience likely will have fallen asleep. Do we really want doctors and other health professionals trained in that way? 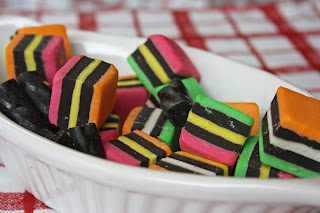 A simple example from materials science is lamellar pearlite in steels. This mixture with alternating layers of iron and iron carbide (cementite) resembles the licorice allsorts candies shown above. 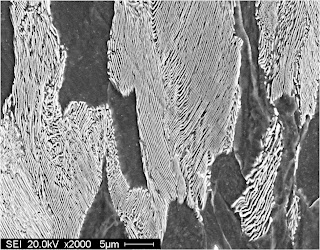 When seen in the scanning electron microscope it actually looks like this on a polished and etched cross section. In three dimensions pearlite has a branching tree-like structure. That’s simple to show with a series of images. 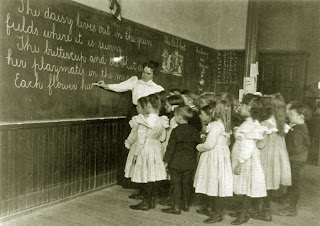 Mr. Poehm doesn’t say why he stopped going back in time at flip charts. After all, they require using paper. A greener alternative would be to go back further, and just use chalk to draw on blackboards like in around 1899. But, why stop there? We might as well go back even further - to painting on rocks or the walls of caves!
Posted by Richard I. Garber at 10:11 AM

Excellent article, I believe that you have had enough information. If you could contribute it to us it would be much appreciated.