Will anyone swallow July being named Freedom from Fear of Public Speaking Month? 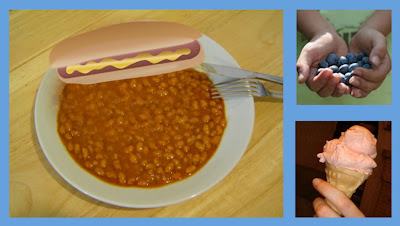 In 2008 Beverly Beurmann-King proposed July 2nd as Freedom from Fear of Public Speaking Day. For 2009 she changed it to a week. Two other web sites have claimed the event is a whole month. I blogged about its history on June 30th.

There also is a Freedom from Fear of Speaking version listed in Chase's Calendar of Events (check in Google Books) that is:

"dedicated to stamping out the fear monster of public speaking"

although it doesn't mention the word public in the name. In the 2004 edition it is just a day. The 2009 version has a week, and both the 2010 and 2011 editions have a whole month. It is attributed to Priscilla Richardson, who curiously does not mention it anywhere on her own web site.

Last week two public speaking coaches on opposite coasts, Diane DiResta and Carma Spence, blogged about the longest version(s). (Carma also blogged about it on July 1st). Will this event go anywhere? I doubt it.

I don’t think that a topic involving fear about what comes out of our mouths has much chance for popularity in July. This month already is blanketed by other topics on stuffing pleasant things into our mouths, as shown above. It is National Hot Dog Month, National Baked Bean Month, National Ice Cream Month, and National July Belongs to Blueberries Month. (It’s also National Grilling Month, which goes with making those hot dogs especially tasty).

What about another month? March merely is the food month for Caffeine Awareness, Celery, Flour, Frozen Food, Noodles, Nutrition, Peanuts, and Sauce.

Do we really need a whole month set aside? Wouldn’t  just one memorable day, like March 4th, be enough. (That already is National Pound Cake Day). March 4, 1933 was  the date of Franklin D. Roosevelt’s first inauguration, in which he proclaimed at 2:50 that:

What would it take to get a day noticed? An official proclamation might help, but it really will take some attention by someone with a large audience. How about a comedian like Jeff Foxworthy or Lewis Black?

The humor columnist Dave Barry was responsible for making International Talk Like a Pirate Day into a significant event. There’s even a YouTube “training” video. The Toyota Yaris might have been named based on common use of the word yar in pirate talk. Is there any other reasonable explanation for that choice?

Images of baked beans, ice cream and blueberries all came from Wikimedia Commons.
Posted by Richard I. Garber at 7:20 AM

It seems fair to have time dedicated to getting rid of this fear. One of the most common questions you encounter in any forum or discussion is - how do I overcome fear of public speaking?
But will having a dedicated month reduce this fear - i am not sure!