Is that an encore career, or are you instead just downshifting? 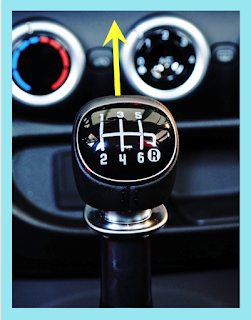 Sometimes ‘experts’ (with a small e) do such superficial research they don’t even get the established jargon right. On June 18, 2018 at her Speechwriter-Ghostwriter blog Jane Genova posted about Encore careers – leaving only the rat race, continuing to work. She clearly was confused about what the phrase ‘encore career’ means (more than just continued work), and hadn’t even checked the Wikipedia page. The FAQ page at Encore.org says:

“An ‘encore’ or ‘encore career’ is continued work in the second half of life that combines social impact, purpose, and often, continued income. While many people see their encore work as a ‘career,’ others associate the career language with the ‘achieving’ stage of life. For that reason, we talk about an encore role, work, or activity – or simply ‘an encore.’ Use whichever language feels most comfortable to you.”

An older term, downshifting, is what she should have used. That term is the title of a 2001 book by John D. Drake - Downshifting: how to work less and enjoy life more. A similar phrase down-shifting was in the title of a 1992 book by Amy Saltzman - Down-shifting: reinventing success on a slower track. I read one of them so long ago I no longer remember which it was.

For better advice than Jane’s superficial drivel, go to the real experts on retirement at AARP. There is an article in the AARP bulletin by Sally Abrahams titled Ready for your second career?

The gearshift image of a FIAT 500L came from Wikimedia Commons.

On June 22nd The New York Times had an opinion article by Alissa Quart titled The Snake Oil of the Second-Act Industry, which cautioned that there are expensive programs out there whose goal is to separate you from your remaining money.