Having your thunder stolen 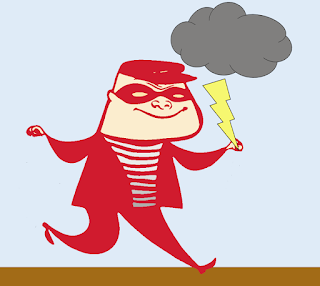 On September 20, 2018 The Onion (a satirical newspaper) had an article titled 4th grader panics upon realizing classmate giving presentation had exact same summer as he did. It said that Bryan Gardner was freaked out by the preceding presentation being the same as what he had planned. (Their teacher was depressed because she also had the same summer).

This problem is known as stealing thunder. In a topical seminar it can be a big problem if you just do the same superficial research as another speaker. On January 22, 2014 I blogged about a cure -
Don’t just get on the bandwagon! Find your own speech topic and approach.

Both in litigation and crisis communication it may be better for persuasion to reveal negative information about your organization before an opponent can. Back on July 15, 2009 I blogged about it in another post titled Stealing Thunder: say the worst, but say it first. Laurie Kuslansky at A2L Consulting discussed it briefly on April 28, 2014 in an article titled 4 tips for stealing thunder in the courtroom. Kathyrn M. Stanchi had an exhaustive 54-page article in the 2008 Rutgers Law Review titled Playing with fire: the science of confronting adverse material in legal advocacy.