Why would you bet on a horse race that already has taken place? 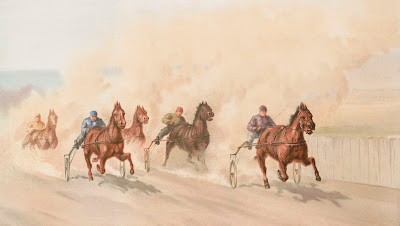 You would not, unless you like to gamble on almost anything. But for the November election here in Idaho there is Proposition 1 - ludicrously given the brief ballot title of An Initiative Authorizing Historical Horse Racing at Certain Locations Where Live or Simulcast Horse Racing Occurs and Allocating Revenue Therefrom (and also titled the Save Horse Racing in Idaho Act). 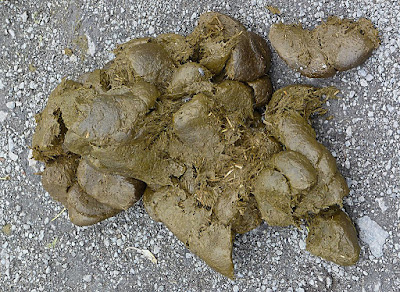 Whenever we see an unusual word like THEREFROM we can smell that attorneys are telling us a pile of horse manure. This is the latest try to get back to a form of gambling which had been passed by our state legislature in 2013. In 2015 they came to their senses and passed another bill repealing it. Then our governor tried to veto that bill, but he waited too long.

How does Historical Horse Racing (HHR) work? The Wikipedia article titled Instant Racing explains that play begins when a customer deposits money in a terminal (resembling a slot machine), and a race is randomly selected from a video library. The customer is NOT shown details like the date and location of the race – just some information about the jockeys and trainers winning percentages. Based on that handicapping information the customer makes a pari-mutuel wager on the outcome (top three finishers in order). Then the customer sees a brief video clip of the finish (perhaps just a two-inch square).

A combination of money and politics creates peculiar rationales. Up north, the Indian casino operators who already have slot machines oppose Prop 1. (Paulette Jordan, the Democratic candidate for governor, once was co-chair of gaming for the Affiliated Tribes of Northwest Indians [ATN]). At the Idaho Freedom Foundation (IFF) their chief honcho Wayne Hoffman supported Prop 1 with an article titled Prop 1 gives voters a chance to save an industry that politicians have nearly destroyed, which also was published as a column in the Idaho-Press Tribune. His stance contradicts the IFF’s statement that it:

“…exists to advance conservative principles – limited government, free markets and self-reliance – [that] made our country the envy of the world.”

Prop 1 instead has the government intervene in the market by granting a special privilege to some (which hardly is supporting self-reliance). But that’s OK, since they really are opposing a liberal Democratic candidate. By the way, the Idaho-Press Tribune had an editiorial against Prop 1 titled Vote ‘no’ on horse racing slot machines.

If Prop 1 passes, then who else might line up to ask for similar forms of gambling with terminals resembling slot machines? First, there could be Historical Rodeo Riding (HRR). An eight-second ride is short enough to show completely on a video.

Second, there could be Historical Car Racing (HCR) in both a drag race version (short enough to show completely) and a longer, boring oval track (NASCAR or Indy Car) version.

Third, sports bars could ask for Historical March Madness (HMM) with betting on either the Elite Eight or Final Four in the Men’s NCAA Basketball Championship.

Fourth, movie theaters could ask for Historical Movie Endings (HME). Bet on which characters will survive until the end of a slasher movie like one of the ten in the Halloween series. (Don’t ever bet against Jamie Lee Curtis!)

The 1894 image of a horse race came from the Library of Congress, and the image of horse manure came from Wikimedia Commons.