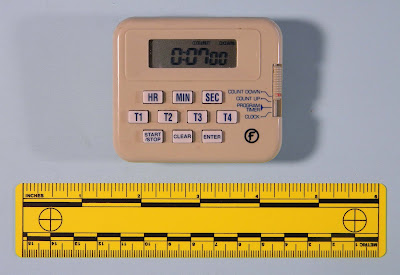 It is very helpful to have a timer you can glance at to keep track of where you are during a speech. One common type is a stopwatch function on a wristwatch or smartphone app, but knowing how much time has elapsed really is less useful than knowing how much you have left (via a countdown function on a lab timer, as shown above).

It is more useful to have an analog progress bar that uses a color change to display what fraction of the allotted time has been used and is left. On December 14, 2017 I blogged about a Review of the Timer function on the Toastmasters International Mobile App. That app provides a progress bar display.

I just ran across a blog post from June 18, 2018 by James T. Jarc titled The Color-Timer Method: Exploring the use of a visual timekeeping application in introductory public speaking classes. He linked to his Colortimers web site, which displayed four working timers. 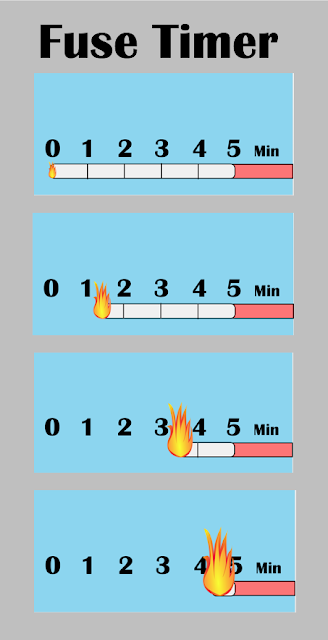 One titled Blow out the Candle has a vertical progress bar that burns downward. It inspired me to use PowerPoint to mock up the horizontal Fuse Timer shown above. As the fuse burns down the flame gets taller.