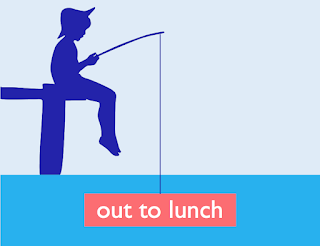 On August 12th I blogged about getting Phony ‘LinkedOut’ and ‘Inlook’ phishing emails. The fakes claiming to be from from LinkedIn got the message grammatically wrong – “You appeared in 6 search this week.” 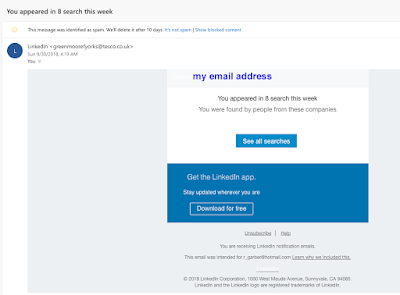 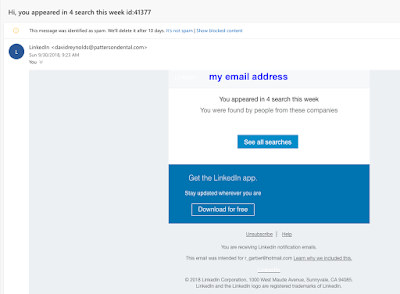 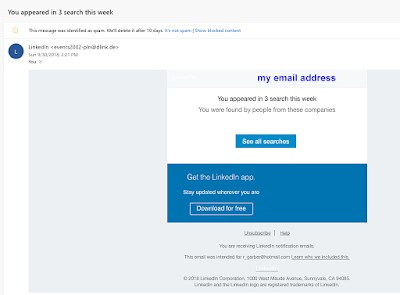 This week there has been a bunch of similar emails – including three so far just today. As shown above, they are ludicrously inept. A real message about searches this week should arrive only once. (Multiple messages would be expected to have the number of searches increse over time, but these three instead showed a decrease). The email addresses also are not consistent with LinkedIn.