Is my debit card locked, or is it my credit card? 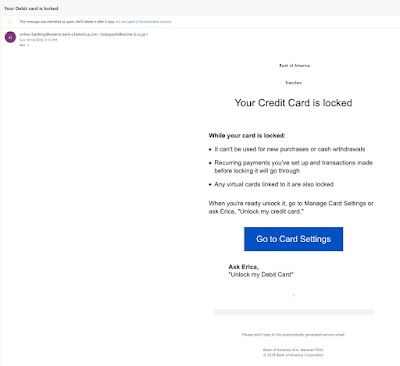 Recently I received the fraudulent phishing email shown above. At least four things are wrong with it.

Second, I don’t have an account with Bank of America.

Third, the email address is really from somewhere in Japan and is unrelated to Bank of America.

Fourth, the Bank of America logo is missing. Why didn’t they try to fake that too, as shown above.